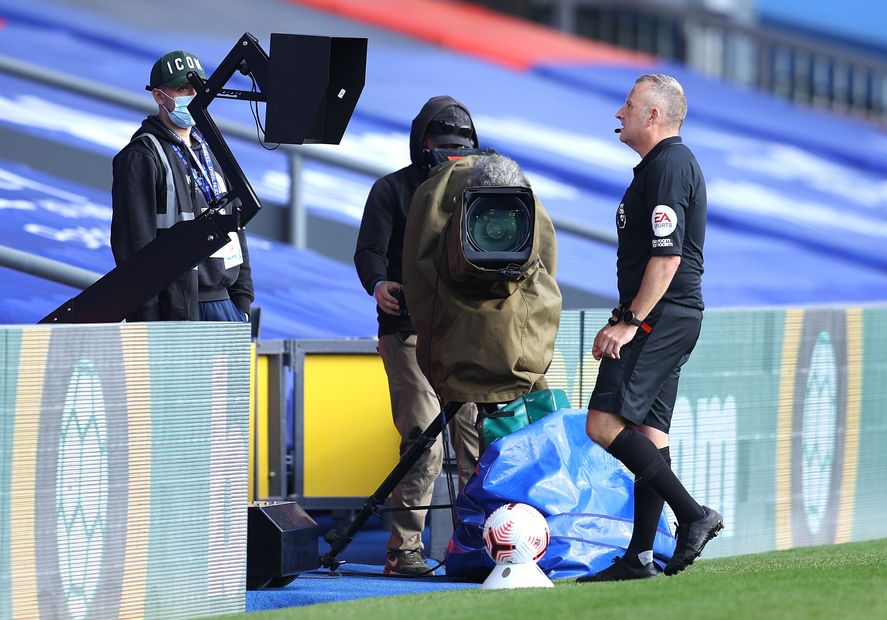 VAR explained: Why Koch handball was awarded
Statement on VAR and substitute players
What's new in 2020/21: Application of VAR

Use of the RRA for subjective decisions

In line with FIFA's VAR protocol, there will be greater use of the Referee Review Area (RRA) this season for subjective decisions in three key areas: goals, red cards and penalties.

Incident: Crystal Palace v Southampton. Southampton defender Kyle Walker-Peters is shown a red card by referee Jon Moss for a challenge on Tyrick Mitchell. The VAR, Craig Pawson, recommends Moss review his decision at the RRA. After doing so, Moss downgrades the red card to a yellow.

Foy's view: This was an excellent use of VAR and showed the importance of the RRA. On first viewing you can appreciate why Moss gave the red card as, from his angle, Walker-Peters doesn't get the ball and catches Mitchell. But after reviewing the incident at the RRA he correctly recognised that this was a clear and obvious error, as the challenge lacked the intensity referees look for when issuing a red, and so he reduced the sanction.