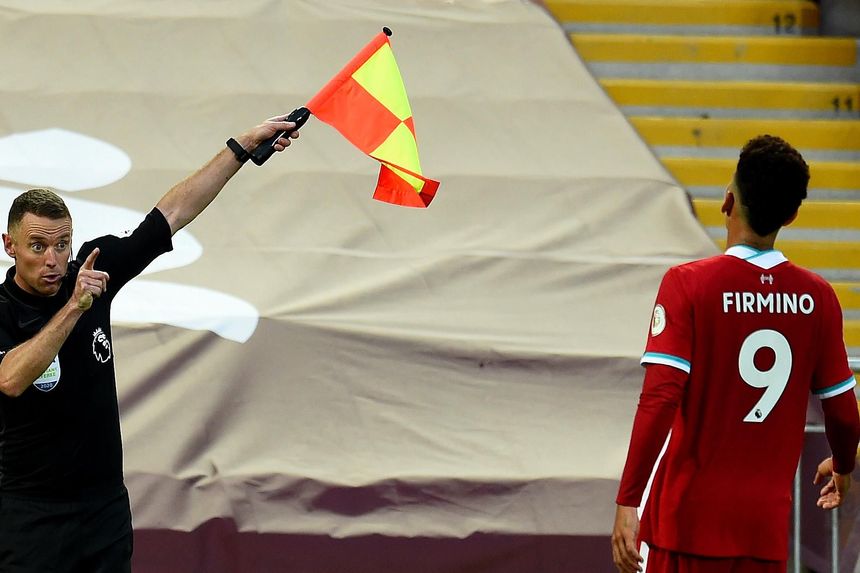 Delaying the flag for offside

This is new for the 2020/21 Premier League. When an immediate goalscoring opportunity is likely to occur, the assistant referee will keep their flag down if they think there is an offside until the passage of play is completed.

Once a goal is scored or the chance is gone, the assistant will raise the flag to indicate the initial offence.

If a goal is scored, the VAR will review the offside call. This weekend, incidents of a goal being scored and the assistant raising their flag occurred twice. The referee does not need to go to the Referee Review Area (RRA) as the decision is factual.

Incident: Crystal Palace v Southampton: Wilfried Zaha runs on to a through-ball to score. The assistant referee then raises his flag to signify Zaha was offside, which is confirmed by the VAR.

Incident: Liverpool v Leeds United: Trent Alexander-Arnold heads the ball into his own net after Leeds' Jack Harrison lifted the ball over Alisson. The assistant referee then raises his flag, signifying Harrison had been offside when running through. Again this decision is confirmed by the VAR.