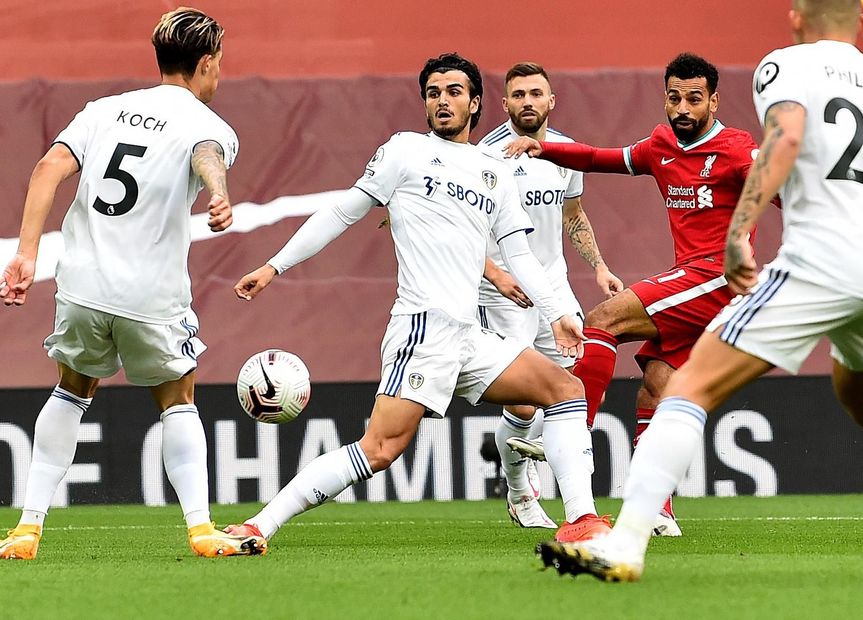 Incident: In Liverpool v Leeds United, Mohamed Salah's shot deflects off Robin Koch's knee and on to his arm. Referee Michael Oliver awards a penalty and, after checking the footage, the VAR confirms the decision.

Foy's view: This was a good example of how handball will be determined this season. Koch's arm was clearly extended from his body and, even though the ball deflected on to his arm off his knee, this doesn't change the decision.

Had his arm been in a natural position by his side, the referee should not award a penalty – it is subjective – but the key thing here is his arm position being clearly away from his body.

If the ball strikes a defending player's arm in the area after he has deliberately played the ball, this is different and wouldn't be penalised, according to the Laws of the Game. But Koch did not deliberately play the ball, so the penalty was awarded.