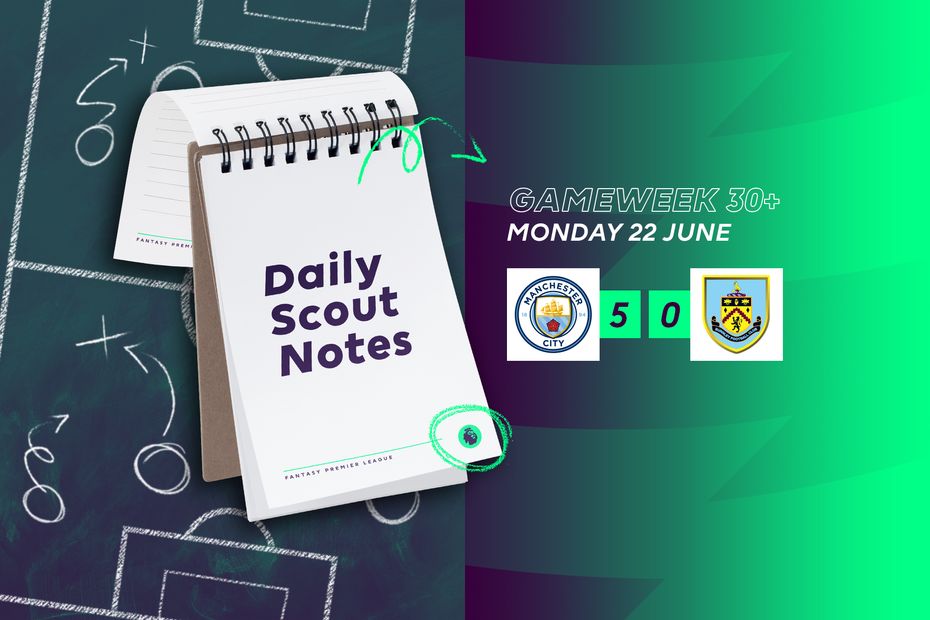 Pep Guardiola rotated eight players in the second match of Manchester City's Double Gameweek, with Sergio Aguero (£11.8m) back in the starting XI against Burnley.

However, his FPL owners were left sorely disappointed, the striker managing only a single assist before limping off after 45 minutes.

Kevin De Bruyne (£10.6m) and Raheem Sterling (£11.7m) also endured a frustrating end to the Gameweek, with both named on the bench.

Instead, it was Phil Foden (£5.3m) and Riyad Mahrez (£8.5m) who emerged as the top performers over Man City's pair of fixtures.

Both scored twice against the Clarets, totalling 22 and 21 points respectively in Gameweek 30+.

Although the performances of Foden and Mahrez will no doubt please Guardiola, it now raises the prospect of further heavy rotation over the season run-in.

If Guardiola continues to change his line-ups to cope with the schedule, it could be a big concern to FPL managers holding their key attackers.

Despite the heavy loss, owners of the Clarets' No 1 Nick Pope (£4.9m) should keep faith.