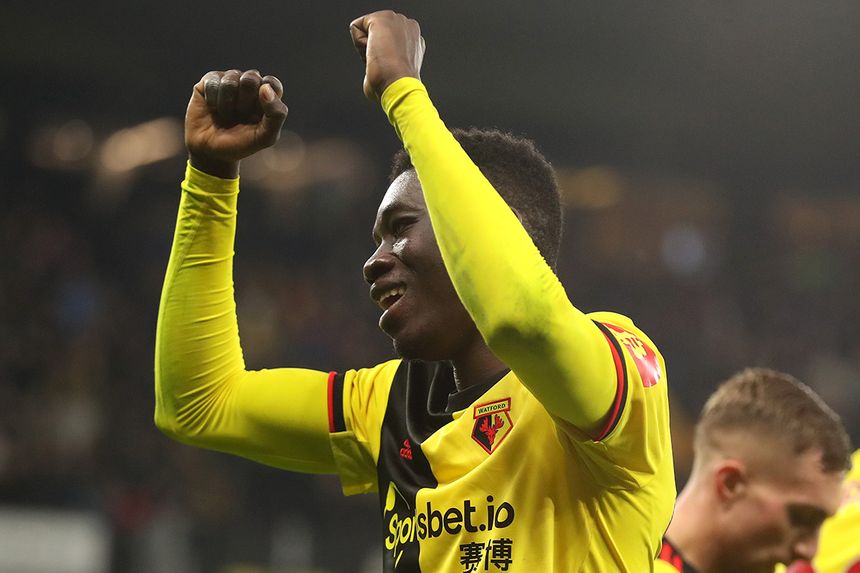 The winger has been instrumental in Watford’s improved performances under Nigel Pearson.

Sarr produced a goal and an assist in a 2-0 win over Manchester United in Gameweek 18. He has also scored against Aston Villa and supplied an assist against Wolverhampton Wanderers in the last two Gameweeks.

Those displays have earned him 28 FPL points in five appearances under the new Watford head coach.

But prior to Pearson’s arrival, Sarr had managed just one goal and 19 points in the opening 16 Gameweeks.

His 12 shots and 11 shots inside the penalty area are more than any team-mate under Pearson.

Both those totals rank among the top five midfielders in FPL over that five-Gameweek period.

When compared with his previous displays, Sarr has improved considerably since Pearson was appointed.

He had managed just 13 shots and nine shots in the box in the Hornets’ first 16 fixtures.

A visit to AFC Bournemouth could prove crucial for Watford this weekend.

Having won three of their five matches under Pearson, they could leapfrog the Cherries and climb out of the bottom three with a victory.

In contrast to their visitors, AFC Bournemouth have struggled for form, losing eight and drawing one of their last 10 league matches.

Sarr is capable of extending his fine run of returns for the Hornets’ new head coach.