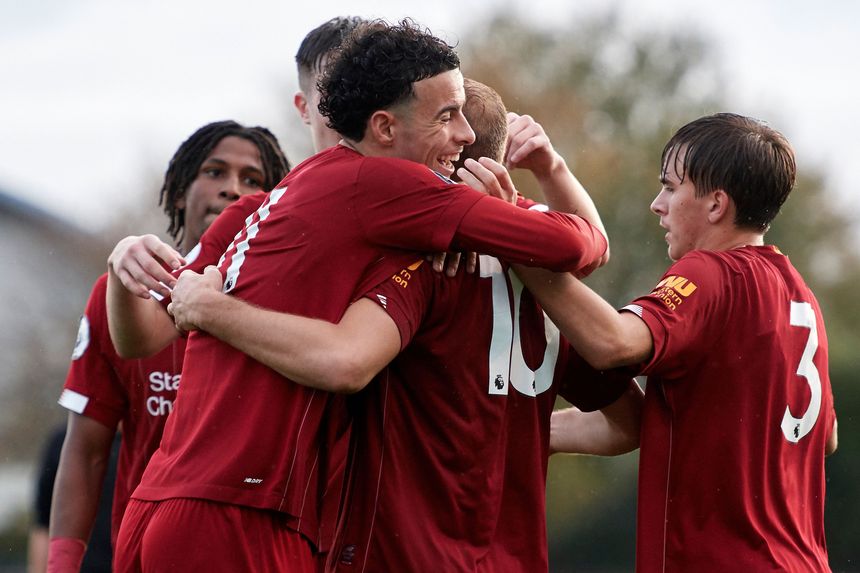 Harvey Elliot and Luis Longstaff also scored, while Isaac Christie-Davies got a goal and an assist to move Liverpool a point above their hosts up to fifth.

Bojan Radulovic, who got a brace of his own, and Danny Cashman were the scorers for a Brighton side who are six points behind leaders Chelsea.

Manchester City got just their second victory of the season as they beat Blackburn Rovers 3-0 with a double from Jayden Braaf and a strike by Fisayo Dele-Bashiru.

Elsewhere in Division 1, Tottenham Hotspur won 3-1 at Everton to leapfrog their hosts up to seventh. Dilan Markanday and Armando Shashoua, twice, were the Spurs scorers.

West Ham United remain three points clear of Manchester United at the top after both teams were victorious.

Man Utd defeated Sunderland 3-0 after a double from Largie Ramazani and a goal by Ethan Galbraith.

Fulham salvaged a point at home to Swansea City with Martell Taylor-Crossdale cancelling out William Rickard's opener before getting himself sent off.