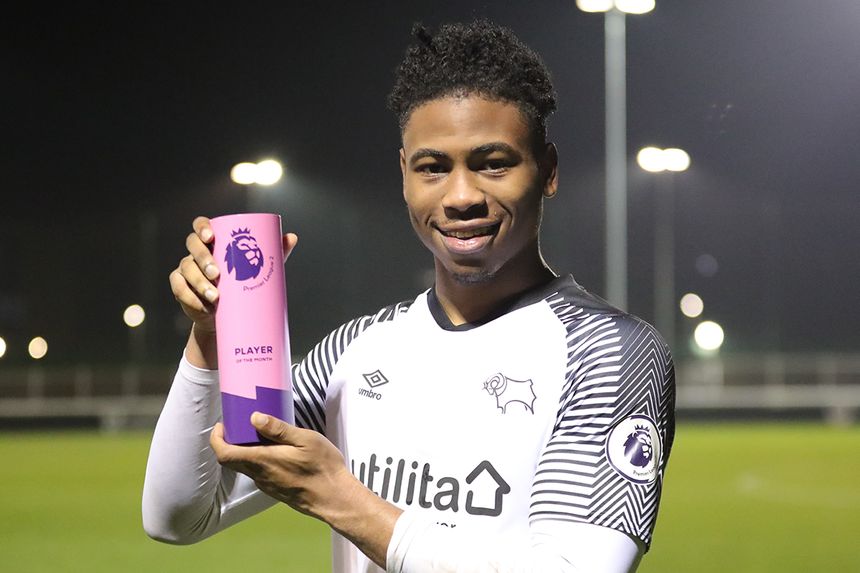 Jahmal Hector-Ingram has won the Premier League 2 Player of the Month award for October.

The 20-year-old forward was pivotal to a Derby County side who knocked Chelsea off top spot with a perfect month in Division 1.

"I'm buzzing, I've never won anything like this before," he said after being handed his award by Premier League Youth Development Consultant, Kenny Swain.

"I'm trying to see if I can get into the first team. I just need to keep going forward and see whenever the opportunity comes."

Fully deserved, @OfficialJahmal. 👏#DCFCU23s' #️⃣9️⃣ is the #PL2 Player of the Month for October! 🥇 pic.twitter.com/Ow1xQY3oit

Hector-Ingram, who moved to Derby from West Ham United in the summer, scored two goals and claimed an assist to help the Rams beat Everton and Brighton & Hove Albion.

He followed up his impressive October form with a goal in Thursday's 2-1 Premier League International Cup victory over Feyenoord.

The Englishman follows August's Billy Gilmour and September's Anthony Scully in being named PL2 Player of the Month by the Premier League's Football Development Panel.