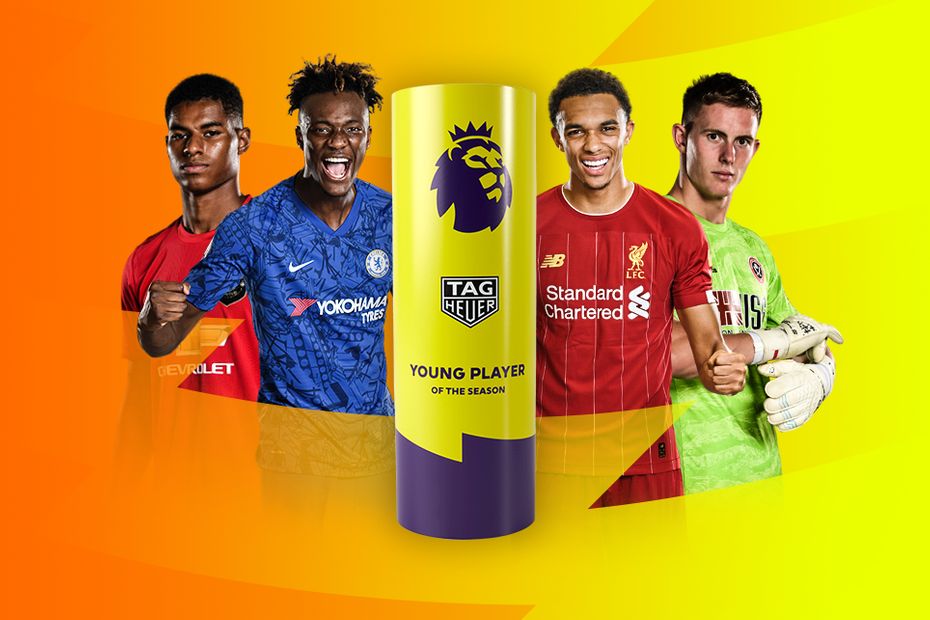 TAG Heuer Young Player of the Season award launched
Mount: Chelsea debut thanks to work of Academy
Ramsdale: I was too small and couldn't kick!

A host of the Premier League's brightest young talents have proven age is no barrier for success in the competition, putting themselves in early contention for the TAG Heuer Young Player of the Season award.

Players aged 23 or under at the start of 2019/20 are eligible for the inaugural award, to be presented by TAG Heuer, the Official Timekeeper for the Premier League, in May 2020.

These players have contributed 103 goals, 75 assists and 107 saves in 886 collective appearances to date, so we cast an eye on some of the early candidates.

In his debut season as Chelsea's first-choice striker, Tammy Abraham has 10 goals, behind only Jamie Vardy's 11 in the race for the Golden Boot.

The 22-year-old is the youngest Englishman to reach double figures for Chelsea in the Premier League.

Marcus Rashford, who has reached 50 goals in all competitions for Manchester United, is Abraham's nearest challenger, with six strikes, while Christian Pulisic is matching his Chelsea team-mate's shot-conversion rate.

Trent Alexander-Arnold will rival his total of 12 assists in 2018/19 if he keeps up his present rate of creating chances.

The 21-year-old Liverpool right-back has made 42 opportunities for team-mates, 14 more than Emiliano Buendia.

The Norwich City midfielder is level with Burnley's Dwight McNeil and Leicester City's Harvey Barnes with an under-23 high of four assists, one more than Alexander-Arnold and seven others.

Central midfielder Wilfred Ndidi has been key to Leicester's flying start, producing the most tackles and interceptions among the candidates.

Southampton centre-back Jan Bednarek has made the most clearances, while Norwich's Ben Godfrey has put his body on the line with an impressive 16 blocks.

Three goalkeepers in the age range have played in the Premier League this season, with only two missed matches between them.

Dean Henderson leads the way with five clean sheets. The Sheffield United No 1 is also level with Ederson and Kasper Schmeichel in the race for the Golden Glove.