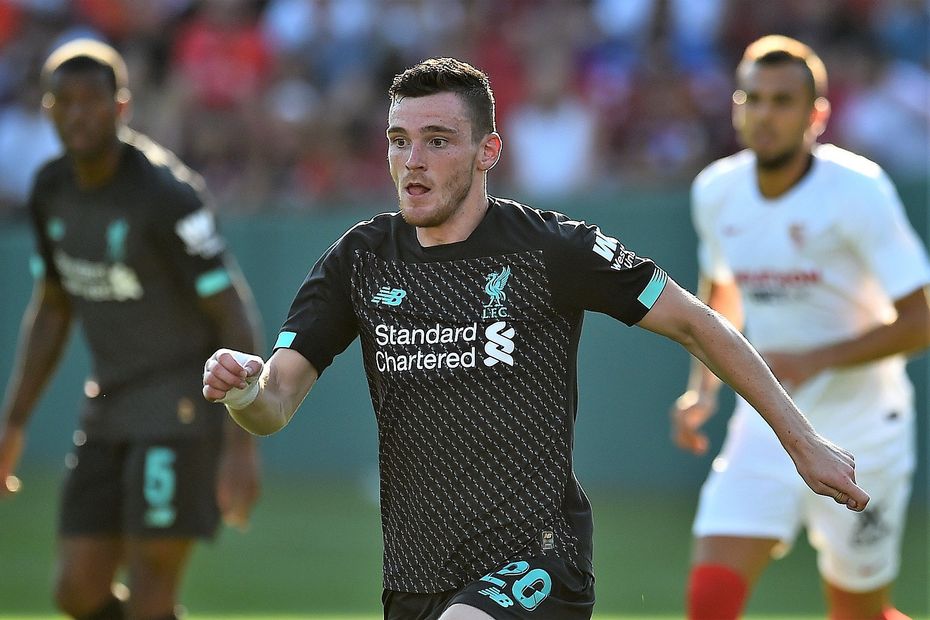 The Scout's panel of experts discuss some key decisions ahead of the 2019/20 Fantasy Premier League season.

How much to invest in defence?

With only 11 days until the campaign starts, five of the 10 most-owned players are defenders and all but one of those five cost at least £6.0m.

Virgil van Dijk (£6.5m) is the most popular player in the entire game, sitting in 44.3 per cent of squads.

He and his Liverpool team-mate Andrew Robertson (£7.0m) both broke the record for points scored by a defender in FPL last season, with 208 and 213 respectively.

The Everton left-back produced four goals and five assists in 2018/19, along with 13 clean sheets. His total of 71 chances created was at least 20 more than any other defender.

So should FPL managers be spending more of their £100.0m budget on defenders?

Who will finish with the most? pic.twitter.com/mlAmFdUqQH

Tom (@WGTA_FPL): I am a staunch believer in investing money in the back line. With fantastic attacking full-backs out there, they look much better and have a much higher points ceiling than their counterparts in the forward line who have the same price.

Holly Shand (@FFCommunity_): I generally start the season with two premium defenders but I'm tempted to get three or four this time. The Liverpool defenders present such outstanding value that the double-up is irresistible. I think it would be a mistake to go without Manchester City defensive options too.

Paul Gee (FplPaulGee): I really feel there is so much value in defenders, just like last year, with Liverpool's players, Digne, Man City assets and Marcos Alonso (£6.5m), if he nails down a spot.

Sam Bonfield (@FPLFamily): Most of last season's top 10k managers played with three defenders in their starting XI. I'm going for three defenders with a high price tag and then two cheaper options who will warm my bench for the majority of the season. Overlooking Liverpool and Man City defenders in particular seems a big mistake.

Lee Bonfield (@FPLFamily): Having played FPL for over 10 years, I'm at my most comfortable with a 3-4-3 formation. But football has changed and wing-backs are more like midfielders, while midfielders are like forwards. Could this be the season when we truly see the death of the third striker?

Ben Crabtree (@FC_CrabDogg): Wing-backs have provided a reason to invest more in defence in previous seasons but now there are plenty of defenders who play in a four that can offer far more points than players of the same price in midfield or attack.

Mark McGettigan (@FPLGeneral): I'll be starting the season with at least four premium defenders, possibly even five. Players like Alonso, Robertson and Alexander-Arnold have changed the FPL landscape.

Chuck Booth (@ChuckBoothSport): I understand the hype over playing five at the back but wouldn't advise it with the budgetary restrictions. I've gone with only two "big hitters" at the back in Van Dijk and Digne. I don't want to be left out on Liverpool coverage but also don't want to be thin in midfield to fit in Alexander-Arnold or Robertson. It has left me rotating £4.5m defenders Jack O'Connell and Chris Mepham. You have to go short in one position to maximise your budget and defence is that position for me.

Neal Thurman (@nealjthurman): The proliferation of strong two-way defenders, including Matt Doherty (£6.0m), has me bullishly using more of my budget in defence while economising by picking midfielders outside of the big six who can be had for a relative bargain, like Nathan Redmond, Youri Tielemans and David Brooks (all £6.5m).

Part 2: Which clubs offer best early value?
Part 3: Who to have as premium picks
Part 4: Which players will be bargain buys?
Part 5: Who to take a chance on