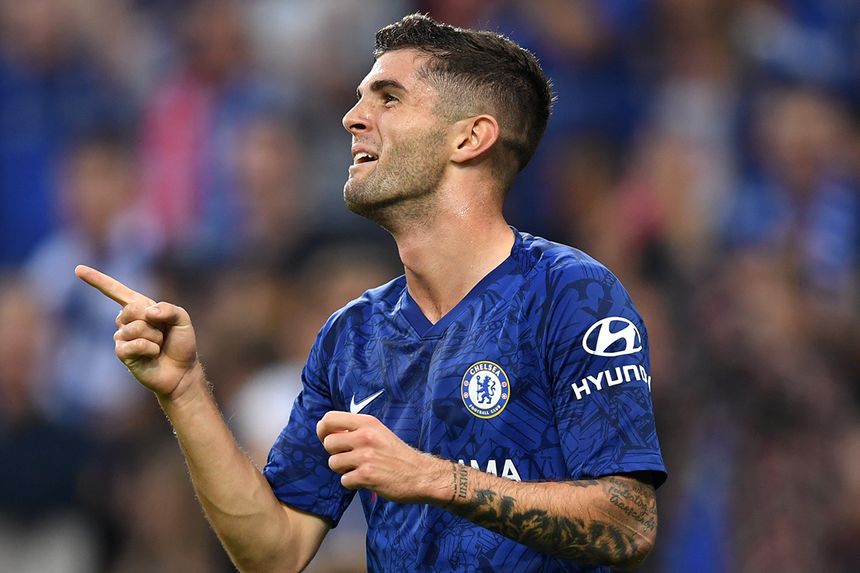 Frank Lampard reveals what he loved about Christian Pulisic’s goals External Link
FPL debate: Who to have as premium picks
Never miss a Fantasy deadline again

Seeking out low-cost players who provide value for money is a vital part of building an FPL squad.

Two examples of this from last season are Ryan Fraser and Raul Jimenez (both £7.5m).

Fraser produced seven goals and 14 assists to finish as the fifth top-scoring midfielder in the game.

And in terms of points-per-million value, the AFC Bournemouth winger was the top-ranked midfielder, with 28.3.

Jimenez was also a big success.

So who should managers look to when considering their cut-price picks for 2019/20?

Ben Crabtree (@FC_CrabDogg): Chelsea are difficult to commit to now but if they do well, they'll end up with a few great-value players, given that their most expensive player, Christian Pulisic, costs only £7.5m.

Holly Shand (@FFCommunity_): Burnley could provide great value this season. Hopefully they can get off to a better start this campaign, without the distraction of the UEFA Europa League. Nick Pope looks to be the best of the £4.5m goalkeeper options. Burnley managed to gel much better from an attacking perspective last season and, with Jay Rodriguez (£6.0m) rejoining the line-up, the future looks bright.

Lee Bonfield (@FPLFamily): Frank Lampard is investing in youth and Chelsea have plenty of talent in that area, so we will be looking for which youngsters can step up and become hidden gems. I'm willing to back Callum Hudson-Odoi (£6.0m), Tammy Abraham (£7.0m) and Mason Mount (£6.0m) all to stake their claim, with Mount in particular a favourite of Lampard's while on loan at Derby County last year.

Sam Bonfield (@FPLFamily): I'm keeping a close eye on John McGinn (£5.5m) at Aston Villa. With seven goals and nine assists last season, as well as 40 shots inside the box, he had a far greater impact than Villa's most expensive FPL option, Jack Grealish (£6.0m).

Mark McGettigan (@FPLGeneral): Chelsea are very interesting this season with a new manager and very kindly priced players. There will be value to be had there for sure.

Chuck Booth (@ChuckBoothSport): Harvey Barnes. Priced at £6.0m for Leicester City, Barnes will be part of an attack looking to score a lot of goals.

Tom (@WGTA_FPL): I like the prices for both Chelsea and Manchester United this season. It is very unusual neither side have any premium-priced options in their squads and the expectation will be that one of them can step up in the absence of other talismanic figures.

Neal Thurman (@nealjthurman): The values this season are most likely to come from outside the big six. Leicester attackers are significantly underpriced, given what Jamie Vardy (£9.0m), James Maddison (£7.0m), Youri Tielemans (£6.5m), Ayoze Perez (£6.5m) and Barnes can produce going forward. Wolves' stars from last season didn't rise in price as much as expected despite some strong performances from players like Jimenez and Diogo Jota (£6.5m). Southampton, who were much better after the arrival of Ralph Hasenhuttl, should also produce some serious value with Nathan Redmond being of particular interest at £6.5m.

Part 1: Why you must focus on defence
Part 2: Which clubs offer best early value?
Part 3: Who to have as premium picks
Part 5: Who to take a chance on