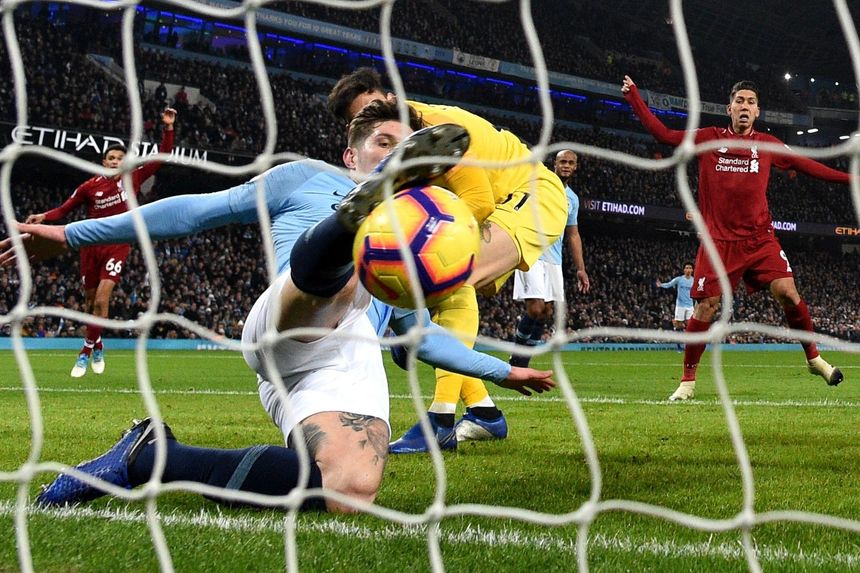 One of the closest ever Premier League title races could come down to a matter of centimetres.

Liverpool’s only Premier League defeat this season came at Manchester City in January.

But it could have been so different. At 0-0, City defender John Stones prevented Liverpool taking the lead by clearing the ball just 1.12cm from it crossing the goalline.

And Pep Guardiola’s side were again grateful on Sunday to the Goal Decision System (GDS), which was introduced by the Premier League from 2013/14.

Burnley goalkeeper Tom Heaton slowed down Sergio Aguero’s 63rd-minute shot before Matthew Lowton hacked the ball away, but GDS showed that it had crossed the line by a mere 2.95cm.

It proved the winning strike as City triumphed 1-0 at Turf Moor to regain top spot.

With the race to be Premier League champions set to go down to the wire, such fine margins might make all the difference.