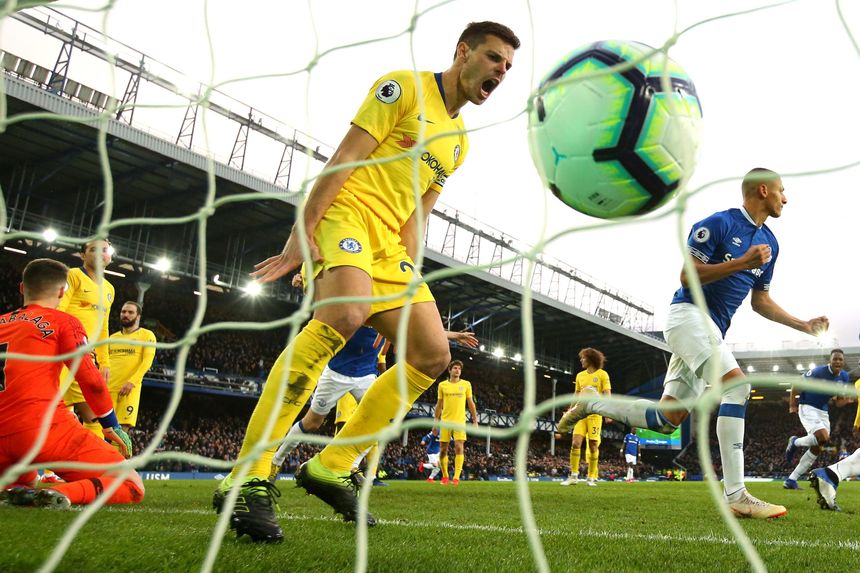 A weakness at the back away from home has put Chelsea’s top-four place at risk.

In general, Maurizio Sarri’s side have been solid defensively in 2018/19.

Yet in their most testing encounters on the road, against teams currently 12th or higher, Chelsea's defence has been brittle.

Losses of concentration and poor defensive decisions have meant Chelsea have picked up only four points from a possible 24 in such fixtures.

An improvement is required with trips to Liverpool, Manchester United and Leicester City to come if Sarri’s men wish to finish in a UEFA Champions League qualification spot.

Chelsea have lost four of their last five away matches, with the same shortcomings continuing to hold them back.

In attack their shooting has been poor. A raft of opportunities have been wasted as Chelsea failed to score in any of those defeats.

It is hard to understand why their finishing has let them down, but it is clear their players have struggled inside the final third away from Stamford Bridge, missing the target too frequently.

In their last five away matches, their shot accuracy has averaged 33.8 per cent, compared with an overall average from the rest of the season of 49.8.

Chelsea in last five away matches

Poor marking from a corner cost them a goal at Everton, just as it did when reacting slowly to dead-ball situations at Arsenal, AFC Bournemouth, Manchester City and Fulham.

Quickly taken free-kicks, short corners and second balls from set-plays have undone Chelsea in every away contest since mid-January.

Sarri’s team must also be far more structured without the ball.

They have lost their shape too often at Arsenal, Man City and AFC Bournemouth, letting their opponents create too many good chances.

The table above also shows that on average their opponents in recent away contests have had 6.8 shots on target, more than double for the rest of the season.

Chelsea have enough match-winners in attack to string a run of victories together over the remainder of the season, but the onus cannot rest solely with their forwards.

Until Sarri’s side show more defensive resilience, results will continue to fluctuate as they seek to close a three-point gap to fourth.