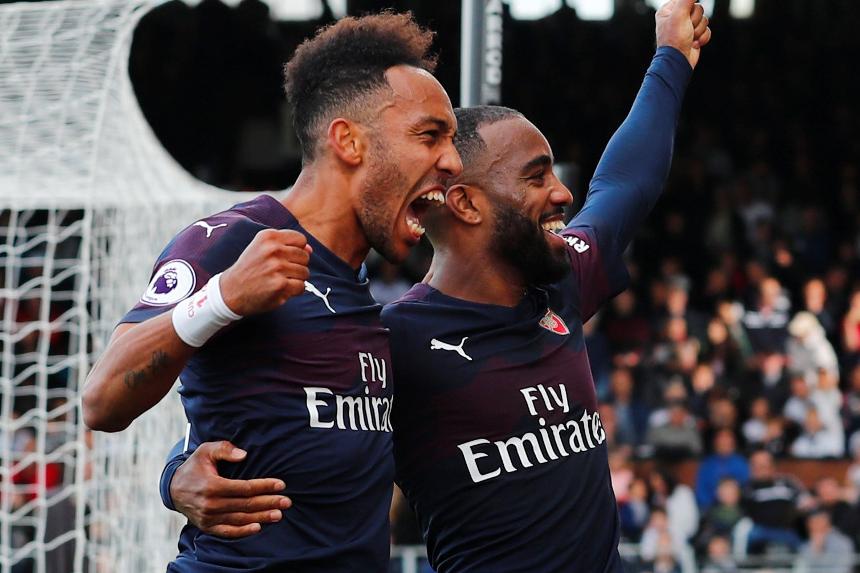 The Gunners have found timely momentum in the race for a top-four finish, but to complete the job they need Pierre-Emerick Aubameyang to finish the season in red-hot form.

Yet he could have netted plenty more during the course of the 2018/19 campaign.

The 19 "big chances" he has missed is more than any other top-flight player, four ahead of Callum Wilson and Mohamed Salah.

As a striker with a knack of finding wonderful positions inside the box, is he too wasteful?

To me that label is extremely unfair.

Over the course of the campaign Aubameyang's 30.4 per cent chance conversion rate is actually the best of all the leading contenders for the Golden Boot.

Waiting for the right moment to shoot, or make the right run, his work inside the box is tremendously efficient.

Sergio Aguero is the only striker with a superior minutes-per-goal record this term.

Playing to his strengths

From a tactical perspective Aubameyang can sometimes be a peripheral figure, but he comes alive in bursts to make the difference.

This is why he is better suited to operating as a wide forward who drives inside, or as part of a front two alongside the excellent Alexandre Lacazette.

As a lone striker the 29-year-old offers mobility and a pacy threat in behind, but he does not provide the same link-up qualities.

Benefiting as a pair

Opportunities to be part of a genuine two-pronged attack have so far been fairly limited, but Aubameyang's record in a duo is a resounding success.

Ghosting into the area from angles he may not have been able to find as a single striker, and benefiting from the distraction Lacazette creates, he seems happier.

Looking at the stats, the Gabon international boasts a fabulous goal return when the Gunners have two centre-forwards on the pitch.

In the last two matches across all competitions, well-executed victories at home against Manchester United and Rennes, have arisen from Unai Emery deploying a 3-4-1-2 formation from the start.

Using chief creative influence Mesut Ozil in behind Aubameyang and Lacazette, he has found a way to get Arsenal's three most talented forwards into their preferred positions at the same time. And he has done so without sacrificing width or a solid defensive base.

Emery has experimented with eight different shapes this term, but the balance of a 3-4-1-2 clicked very nicely.

It is a system that is also easily transferable if the Arsenal head coach wishes to make an in-match switch to a 3-4-2-1 or a 4-3-1-2, shapes that have also proven successful for his side.

In terms of extracting the best from Aubameyang, starting with a two-man strike force feels like the best way to go in the closing weeks.