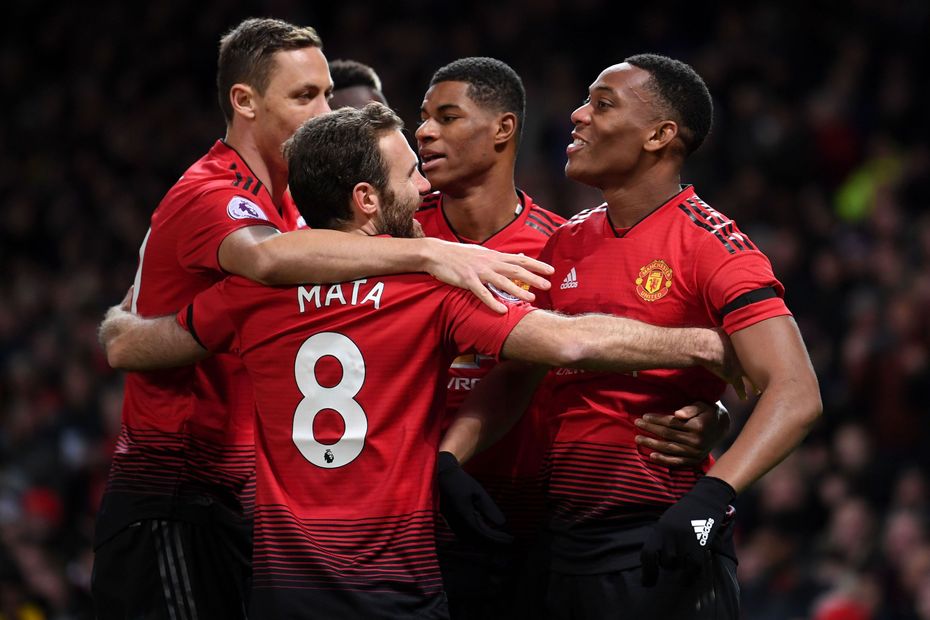 A look at form, remaining fixtures and a key man for the Red Devils if they are to secure UEFA Champions League qualification

The race for the top four is intensifying as we enter the final months of the season, so we have taken a look at the prospects of those battling it out for a place in next season's UEFA Champions League.

On 16 December Man Utd were lying sixth in the table on 26 points having just been beaten by Liverpool at Anfield.

Seven points off fifth place, eight points adrift of fourth and 13 points behind Tottenham Hotspur in third, a top-four spot seemed out of reach.

However, Ole Gunnar Solskjær's arrival triggered a complete reversal in fortunes as a 12-match unbeaten run under the Norwegian propelled United into fourth place by 2 March.

Now fifth, Solskjær will be looking for a reaction from his players after successive defeats, by Arsenal in the PL and Wolverhampton Wanderers in the FA Cup, before the international break.

Having taken 32 points from a possible 39, however, the Norwegian's influence gives United a sound platform to build on going into the run-in.

United’s recent surge into the top-four has those around them worried.

But their remaining fixtures are far from straightforward.

Before their UEFA Champions League quarter-final tie against Barcelona, Solskjær takes his side back to Molineux, the scene of their recent FA Cup quarter-final exit at the hands of Nuno Espirito Santo’s side.

Then follows the Manchester derby at Old Trafford. Sandwiched in between a trip to Everton and a home encounter with Chelsea, it is a match that could define their season.

Paul Pogba's form under Solskjær has been excellent overall.

He has started all 13 PL matches under his former youth team manager, scoring eight goals and providing six assists.

United will need Pogba to be at his best if they are to secure a top-four spot, dictating matches as he often does with his driving forward runs or his eye for a clever pass.