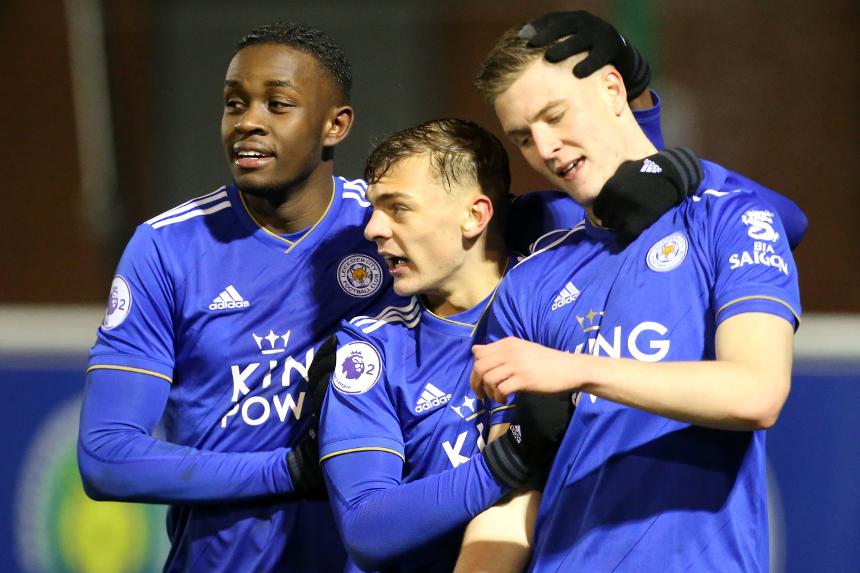 Admiral Muskwe scored twice as Leicester City came from behind to beat Feyenoord 3-1 and reach the quarter-finals of the Premier League International Cup.

Leicester had the chance to open the scoring when Muskwe won a penalty, but he could not convert it.

The Dutch side capitalised, leading through Dylan Vente's first-half header, before Josh Knight equalised in the 56th minute, his second goal in the competition.

Muskwe (pictured, above left) headed in Kiernan Dewbury-Hall's corner and slotted in his second in the 84th minute to earn Leicester's place in the last eight as one of the two best runners-up.

They finished second behind Reading in Group B with six points, edging ahead on goal difference the Group E runners-up Liverpool, who miss out.

The final place in the quarter-finals will be decided this evening, with Brighton & Hove Albion needing to avoid defeat by Bayern Munich to qualify from Group D.

A look back at all the key moments from an important victory for the #lcfcu23s...