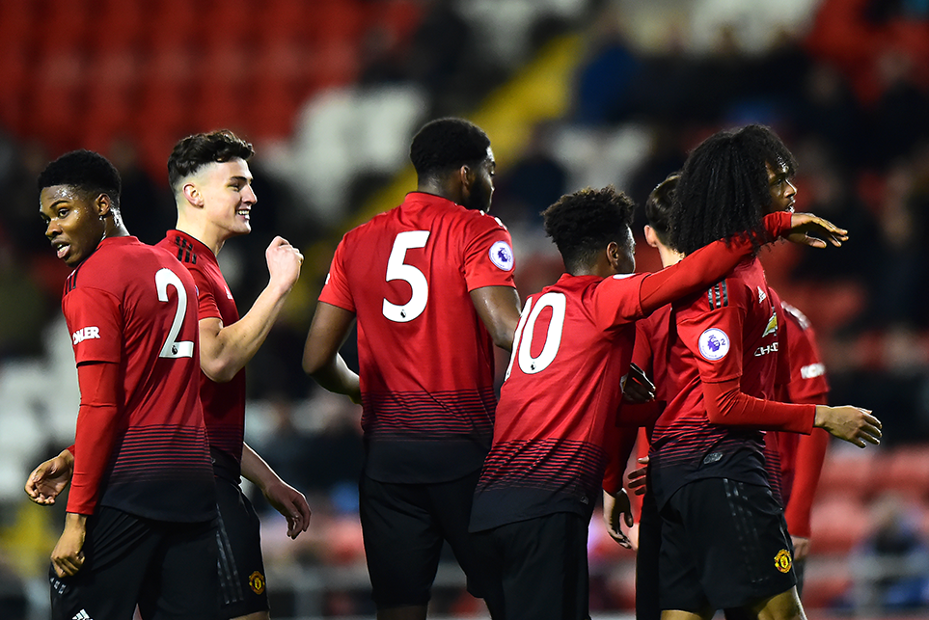 Scott McTominay's early strike and Tahith Chong's double steered Manchester United through to the last eight of the Premier League International Cup with a 3-0 win over Paris Saint-Germain at Leigh Sports Village.

United needed to win by three clear goals in order to qualify as group winners and they achieved their aim inside the opening 20 minutes.

Captain McTominay set the perfect example by driving forward to drive in the opening goal inside the first two minutes.

Ricky Sbragia's side held out for the 3-0 win that edged them ahead of Derby County in Group F on goal difference.

PSG finish the group in fourth place with one point.