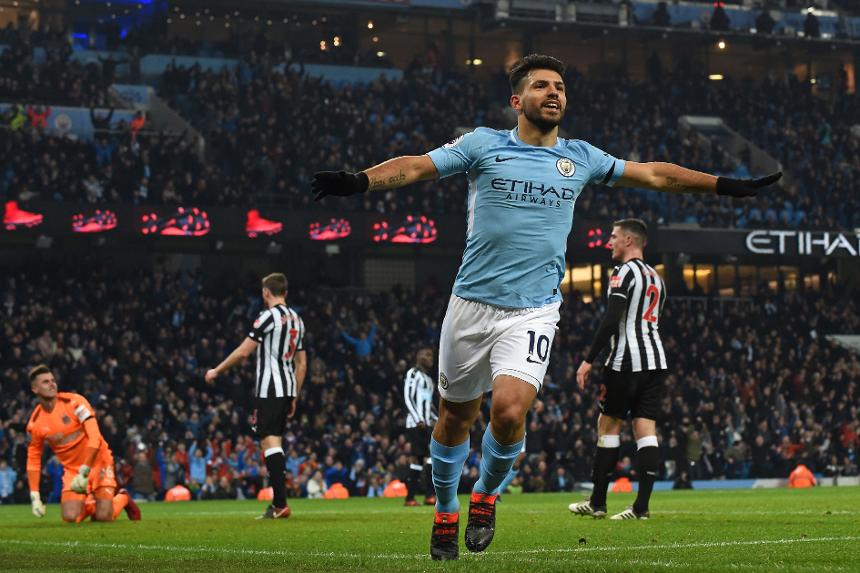 Sergio Aguero faces Newcastle United, the opponents whom he has had the most joy against in the Premier League on Tuesday night.

Find out which competition scoring record the Manchester City striker could extend at St James' Park as well as other must-know facts for the midweek matches.

Arsenal are unbeaten in their last 23 home Premier League fixtures against promoted sides since a 0-1 loss to Newcastle United in November 2010.

No side have dropped more points from winning positions in the Premier League this season than Fulham, on 15 occasions, level with Southampton.

Huddersfield Town are looking for their first midweek Premier League victory at the ninth attempt.

Felipe Anderson has been directly involved in four of West Ham's last five PL away goals, scoring three and assisting another.

Sean Dyche is looking to extend his unbeaten record in Premier League matches on Tuesdays, winning three and drawing two.

Sergio Aguero has 14 goals in 12 Premier League appearances v Newcastle, more than any player has scored against an opponent for a single club in the competition's history.

Ten of Olivier Giroud's last 13 PL goals have been as a substitute.

All three of Wilfried Zaha's PL goals this season have been scored away from home.

Only Andrew Cole, with 11, and Thierry Henry, with eight, have scored more Premier League goals against Liverpool than Jamie Vardy, with seven.

Spurs have scored more headed goals than any other Premier League side this season, with 12.