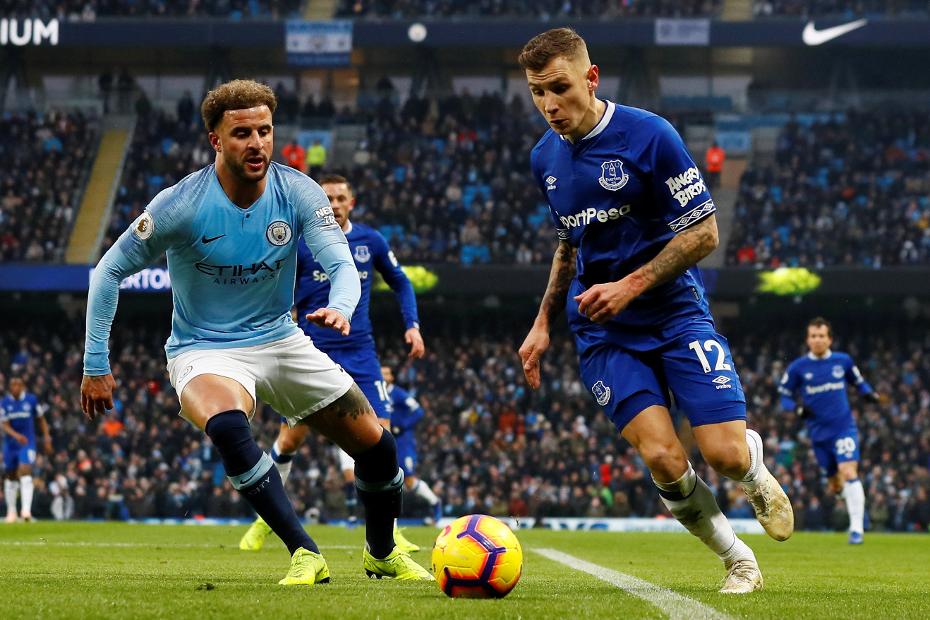 Lucas Digne (£5.0m) could be set for a successful Gameweek 19 in Fantasy Premier League.

The Everton left-back has created 11 scoring chances for his team-mates in the last four Gameweeks, more than any other defender.

Digne is one of four Differentials selected by The Scout for Gameweek 19 ahead of the Wednesday 26 December, 11:30 GMT deadline.

He is in strong attacking form ahead of his trip to Burnley, with a goal and an assist in the last three Gameweeks.

Digne's creativity can be a major asset against a Clarets defence who have faced 356 shots, more than any other side.

The Frenchman has produced a total of 35 key passes this season, at least 10 more than any other defender.

The Scot has stepped up his creativity under new manager Ralph Hasenhuttl.

And Saints go into their home match with West Ham United in excellent form, scoring three goals in back-to-back wins against Arsenal and Huddersfield Town.

One of the standout performers for Crystal Palace recently, he has two goals in the last three Gameweeks.

Playing in midfield, Schlupp has scored against West Ham and in Saturday’s win at Manchester City.

He can offer great cut-price potential at home to a Cardiff City side with one away clean sheet this season.

The Watford striker was back among the goals in last weekend’s win at West Ham.

Over the last four Gameweeks, Deeney has produced 11 shots on goal, while his total of five shots on target ranks fourth among forwards.

He will be hoping for a repeat of last season’s home encounter against Chelsea.