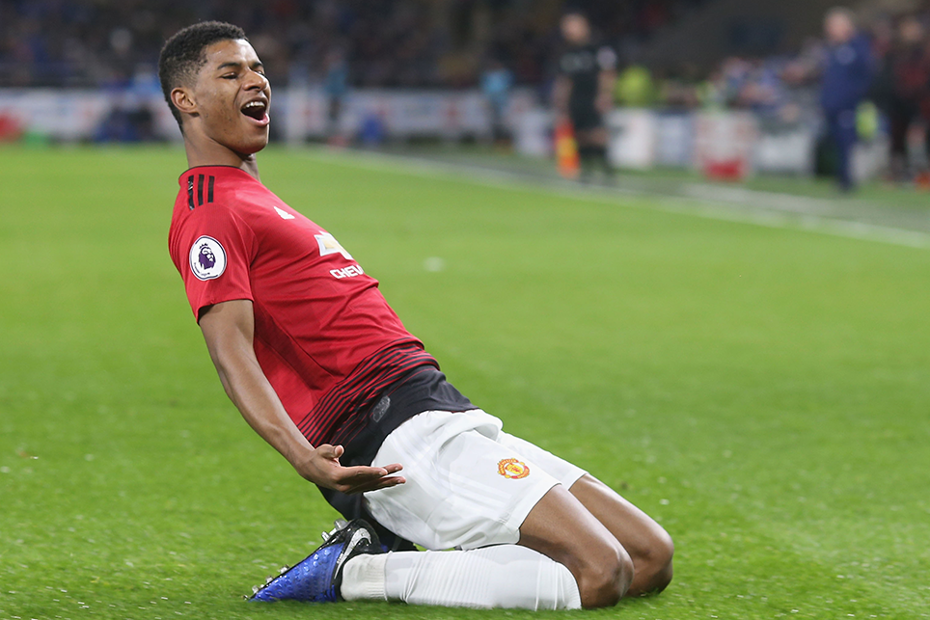 Fantasy Premier League managers have been quick to swoop for Marcus Rashford (£7.0m) in Gameweek 19.

The Manchester United forward's opener at Cardiff City took his tally to two goals and four assists in the last five Gameweeks.

And that has earned him over 185,000 transfers in, more than any other player.

Rashford is one of five Ones To Watch selected by The Scout for Gameweek 19.

Man Utd's 5-1 win at Cardiff on Saturday has prompted a huge surge in popularity for their attacking assets.

Rashford now faces a Huddersfield Town defence that have kept only one away clean sheet this campaign.

Over the last five Gameweeks, his total of nine shots on target ranks joint-top with Son Heung-min (£8.5m).

Liverpool manager Jurgen Klopp has fewer rotation options than most at the back, with injury issues over a number of his defenders.

That makes resting the talismanic Van Dijk, who has 40 FPL points in the last five Gameweeks, an unlikely scenario for the league leaders.

He faces a home tie against a Newcastle United side with only seven away goals all season. Only two teams have scored fewer.

The winger played only 21 minutes of Manchester City's shock 3-2 loss to Crystal Palace.

That suggests he'll return to the starting XI for the trip to his former club, Leicester City.

The Foxes have struggled for resilience at home, keeping only three clean sheets in 10 matches.

Mahrez, meanwhile, has scored four of his five goals on the road.

The Brighton & Hove Albion striker's total of seven home goals this season is joint-top among all players.

Murray has scored in four of his last five home fixtures ahead of a Boxing Day visit from Arsenal.

The Gunners are the only team in the Premier League without an away clean sheet, conceding 15 goals in eight matches on the road.

The Tottenham Hotspur midfielder has either scored or assisted in six of his 11 appearances this season, only five of which have been as a starter.

He provided an assist after replacing Dele Alli (£8.9m) at half-time as Spurs beat Everton 6-2 in Gameweek 18.

Lamela now looks poised to start at home to an AFC Bournemouth side with only one clean sheet in the last eight Gameweeks.