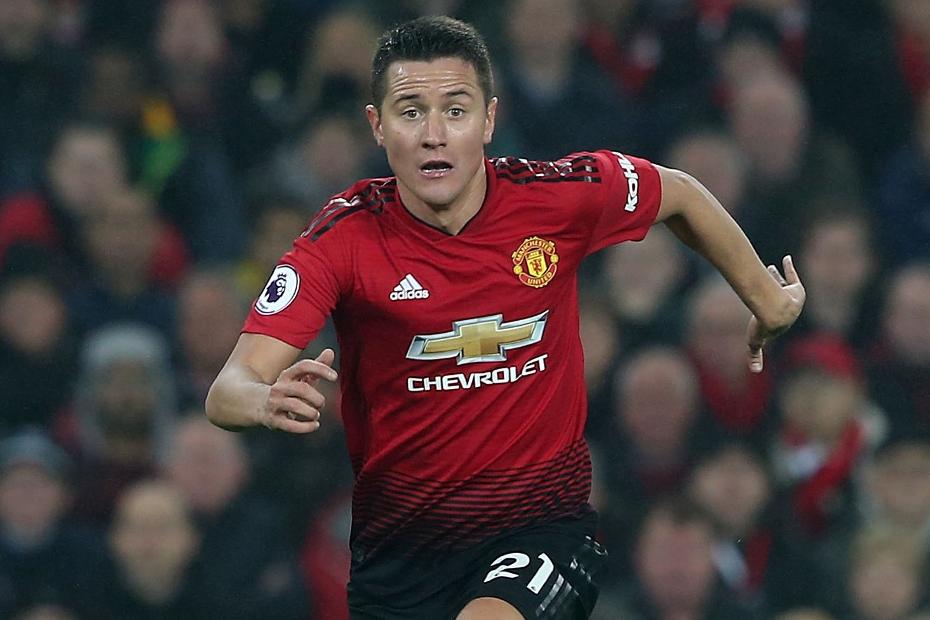 History tells us that breaking up Liverpool’s flow will form a key part of Jose Mourinho’s strategy at Anfield on Sunday.

Unbeaten in four matches against Jurgen Klopp as Manchester United manager, Mourinho has habitually frustrated their age-old rivals with disciplined, physical game plans that have made the matches attritional.

To repeat that trick Mourinho will lean heavily on in-form Ander Herrera.

Until the start of December the 29-year-old had only started two Premier League matches this season.

Recalled for the trip to Southampton at the start of the month, a match he scored in, Herrera is back in favour with his manager.

Herrera has been a shining light, performing with great enthusiasm against Saints, Arsenal and Fulham, combatively running the midfield.

On the ball he has taken responsibility, averaging more than 64 passes per match with a respectable 88.1 per cent pass accuracy.

It is Herrera’s aggression that has caught the eye.

Breaking up play with high frequency, making a steady stream of tackles and interceptions, the Spaniard has added much-needed energy and bite to United’s midfield.

At home to Fulham, Herrera was decisive, making nine interceptions, all but two being between the two penalty areas down the middle of the pitch.

If he can perform to the same standards at Anfield, he will stem the quality of service Liverpool supply their all-star attack.

Herrera and Nemanja Matic will likely be paired in a muscular midfield that has functioned well in the last two PL matches.

He ran the most distance of any United player in each of the last three PL fixtures.

But Mourinho may be tempted to match up Liverpool’s three-man midfield.

If he believes Klopp will use that trusted formula rather than a 4-2-3-1, the United boss could reintroduce Marouane Fellaini to his starting XI.

The Belgian has a good record against Liverpool and is sure to provide the physicality his manager usually seeks out in this fixture.

Whatever Mourinho decides, negating Liverpool’s free-flowing football will be a priority.

That means Herrera is very much a key man.