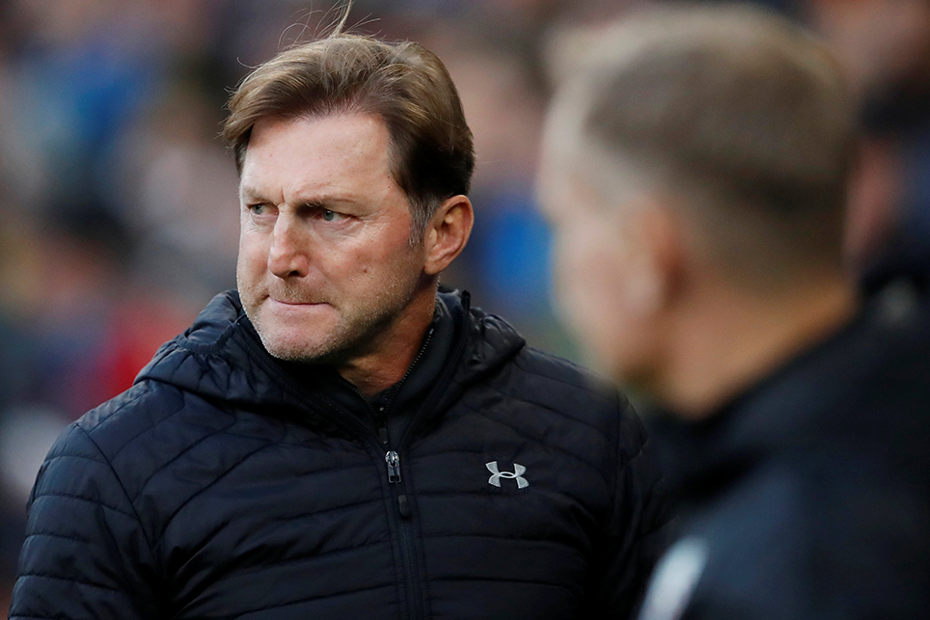 With his team second bottom of the Premier League, Southampton's new manager Ralph Hasenhuttl has various things he needs to resolve.

There are three tactical issues he must address ahead of his first home match, against Arsenal on Sunday.

Settle on a system

Southampton have struggled to find a winning formula in 2018/19. Already this season they have used six different formations.

The longest that Hasenhuttl's predecessor, Mark Hughes, kept the same system was a run of just four matches using a 4-4-2 that included their only league victory of the campaign, a 2-0 win at Crystal Palace.

Hasenhuttl chose to go 4-3-2-1 for his first match, a 1-0 defeat at Cardiff City. While a team's tactical flexibility can be a positive, it feels essential Saints now enjoy a period of stability.

Hasenhuttl forged a reputation with an aggressive 4-2-2-2 at RB Leipzig and it would be interesting to see him experiment with this at St Mary's Stadium.

A 4-4-2 does not suit the in-form Stuart Armstrong as much as a narrower version of the same shape.

Therefore do not be surprised if Nathan Redmond and Armstrong are used as two inverted wide men behind a front two.

A lot has been made of Southampton’s lack of goals, with only Huddersfield Town scoring fewer.

But Hasenhuttl also has to consider the other end of the pitch.

Their 30 goals conceded in 16 matches is the joint-third worst in the competition, so the manager must quickly decide which central defensive partnership he trusts the most.

At Cardiff, Jan Bednarek and Jannik Vestergaard were paired for the first time this season and a mistake from the latter was decisive.

Chemistry is crucial in this area, so it is imperative for Hassenhuttl to give a partnership time to settle.

Southampton are desperately in need of a goalscorer who also offers a creative influence.

Dusan Tadic provided six goals and three assists last season, the most of any Southampton player, and his summer departure to Ajax has been hugely felt.

Just six players have had an assist in 2018/19, with right-back Cedric Soares the only man to set up more than one.

With one goal and two assists Cedric is one of only two players to have contributed in both categories, the other being Danny Ings.

Finding at least someone to fill this void is a must for Hasenhuttl as he plots a path up the Premier League table.