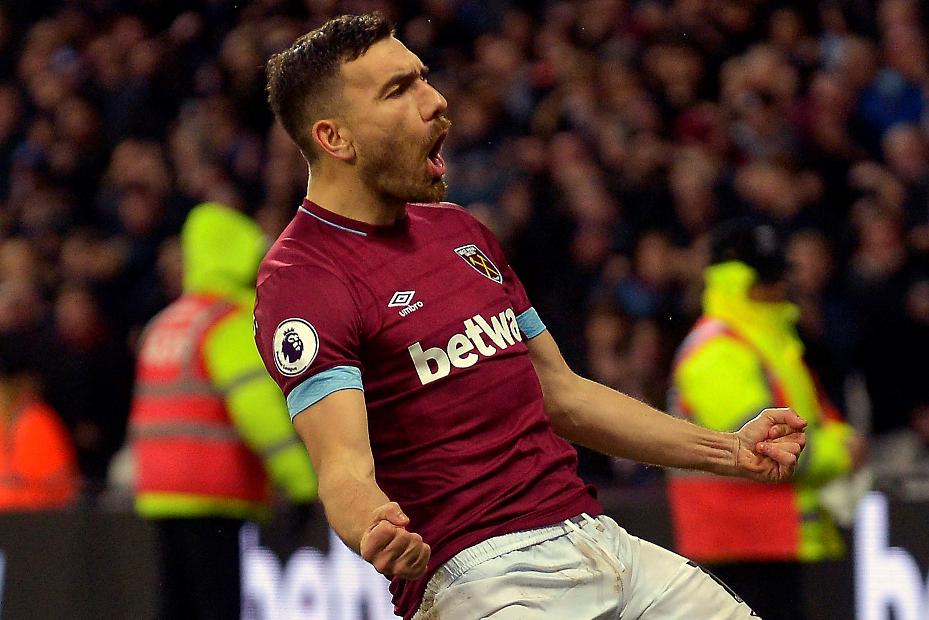 Robert Snodgrass has resurrected his West Ham United career under Manuel Pellegrini and is a man in form ahead of their match at Fulham.

Loaned out to Championship side Aston Villa last season, the 31-year-old has quickly won over the Hammers' new manager.

The Scot has added energy, determination and a great left foot to the side and is fast becoming a must-pick.

Snodgrass’s work ethic has been a standout feature this season.

He has recently been a right-winger who plays his part with and without the ball.

He tucks into central midfield when play builds up on the opposite side and offers the full-back on his flank, Pablo Zabaleta, good protection.

In the last match, a 3-2 home win against Crystal Palace, Snodgrass made seven ball recoveries on the right of the pitch, many inside his own half.

When Pellegrini has used a 4-3-3 formation Snodgrass has been selected in central midfield.

His crossing ability has not been put to its best use in that formation, but Snodgrass has still contributed with his running and composure on the ball.

In a side needing extra energy in midfield, the Scot’s return has had a positive effect on West Ham.

Ahead of the Hammers' short trip to Fulham, Snodgrass has been providing superb end product.

His first goal involvement came on 1 December, when he assisted Chicharito’s strike in a 3-0 win at St James’ Park with a delightful in-swinging cross.

What a way to get your first @PremierLeague goal for West Ham! @robsnodgrass7 👏 pic.twitter.com/DtMKhCsrTY

Since, Snodgrass has added two more assists, both against Cardiff City.

The first was a gorgeous volleyed pass between defenders for Lucas Perez on the edge of the area.

The other was a wicked delivery from a right-wing corner, headed in by Michail Antonio.

Rounding off a wonderful week’s work, Snodgrass scored his first goal for the club against Palace, a powerful left-footed strike from outside the box.

While most of his key passes stem from dead-ball situations, where Snodgrass’s left foot is dangerous, his ability to deliver pin-point crosses from the right is also a vital asset.

If Pellegrini continues to start with two strikers in a 4-4-2 formation, Snodgrass's accurate deliveries into the area will take on even greater importance.

Part 2: Hasenhuttl must restore stability at Southampton
Part 3: Gueye has the style to upset Man City