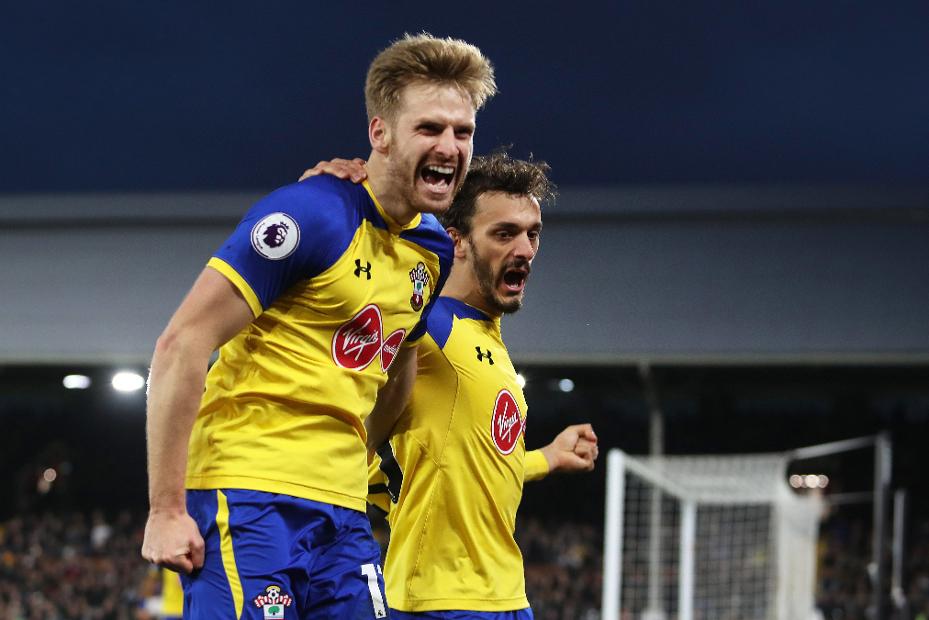 Armstrong: I want goals to mean something External Link

One of Southampton’s main aims for 2018/19 was to improve their attacking game.

They scored only 37 goals last season, at a modest 11 per cent conversion rate. So it was imperative that proven finishers were recruited during the summer's transfer window.

Stuart Armstrong was one of the players signed and the 26-year-old attacking midfielder bought from Celtic came to life when scoring twice in Saturday’s 3-2 defeat by Fulham, in only his third Premier League start.

Armstrong's goal potential marks him out as one of the players to whom Manchester United must pay closest attention at St Mary’s Stadium in Saturday's 17:30 GMT kick-off.

During his three and a half years at Celtic, Armstrong forged a reputation as a midfielder with an eye for goal.

He scored 23 times in 71 Scottish Premiership starts, demonstrating a penchant for accurate long-range shooting, as well as the ability to make late runs into the penalty area to score.

While he has a great right foot, as his second goal at Craven Cottage showed, he is a genuinely two-footed player.

If he is within range, United's defensive players must get tight enough to block his attempts on goal.

Armstrong is at his best when played directly behind a main striker, a role he has assumed in his last two appearances.

He is able to link play neatly and has good movement in between the lines.

What he has lacked since joining Southampton is the confidence to make runs into the box.

Playing for a side who are struggling has made that more difficult, so his manager Mark Hughes needs him to drive into goalscoring positions more often.

He has touched the ball inside the opposition penalty area only nine times this season, at an average of 2.6 times per 90 minutes.

With his ability to convert chances, that tally needs to at least double.

Armstrong's brace at Fulham should inject the self-belief Hughes needs from him.

Southampton are lacking a prolific striker, so the value of players like him chipping in with goals from other areas is all the greater.

Statistically, Armstrong is one of the most clinical players at Hughes’ disposal in front of goal.

He boasts the best conversion rate and is testing goalkeepers more often per 90 minutes than most of Southampton’s front men.

To unlock his full potential he must push himself into shooting positions more regularly.

If he does so and United give him enough time around the penalty area, the Scot should make them pay.