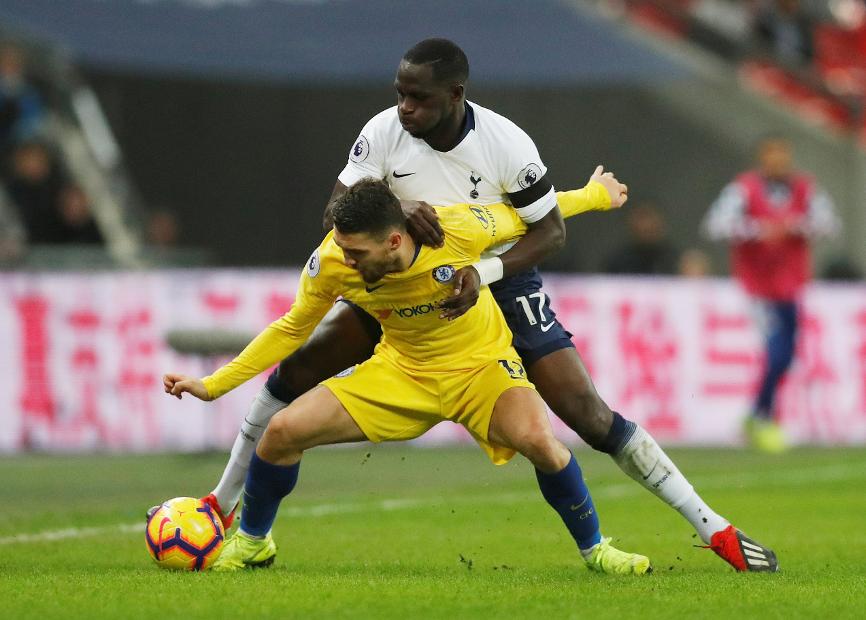 Moussa Sissoko is one of Tottenham Hotspur’s form players ahead of the north London derby.

The Frenchman has been reinvented as a disciplined defensive midfielder, performing excellently in the last six Premier League matches in a deeper role to the right of centre.

There is stiff competition for a starting berth in Spurs’ midfield, but Sissoko’s levels have been so consistent that it is hard to envisage him missing out against Arsenal.

In possession he has simplified his game and been a useful conduit for others.

He is keeping the ball neatly and is especially effective at releasing his right-back from positions infield. His forays forward have been unusually limited.

Almost exclusively staying in the middle third of the pitch, Sissoko has had just one shot in 625 minutes of action.

The Frenchman has still made eight key passes for the side, but he is being a lot more selective about the right moments to use his power on the ball to stride forward.

He showed what he can offer offensively when his driving run through the right channel created Christian Eriksen's decisive goal in Wednesday's 1-0 UEFA Champions League victory over Inter Milan.

However, Sissoko has been most effective out of possession.

Using his power and physicality to mop up loose passes and stray balls, as well as winning tackles, he has made the most ball recoveries for Spurs in three of their last five matches.

His contributions against West Ham United and Chelsea were especially efficient; he claimed 12 and 10 recoveries respectively in those matches.

Sissoko has done a wonderful job at stemming the tide down the right side of the pitch.

This will be a vital at Emirates Stadium.

Arsenal have launched 42 per cent of their attacks down the left this season, compared with 34 per cent on the right.

Unai Emery will look to get Pierre-Emerick Aubameyang, Mesut Ozil, Alex Iwobi or Sead Kolasinac on the ball in those positions.

So if Sissoko shuts down space in those half-space pockets, between the full-backs, central defenders and midfielders, it will affect how much the home side creates.

As soon as the ball looks as if it is heading in that direction, you can expect Sissoko to move across quickly to pressurise those key Arsenal players.

Sissoko’s duties are not solely confined to the right of Spurs’ midfield, however.

When the play is on the other side of the pitch, he moves across to provide protection down the middle of the field.

This helps Eriksen and Dele Alli push on and press higher up the pitch.

Knowing that Sissoko and another midfielder are behind them centrally gives Spurs’ attacking midfielders a safer licence to get involved in forward areas.

Considering the Frenchman built his reputation as a powerful marauding winger, this season’s change in style has been an eye-opener and credit must go to Mauricio Pochettino.

If Spurs are to contain free-scoring Arsenal, they will need Sissoko to carry on in this vein of form.