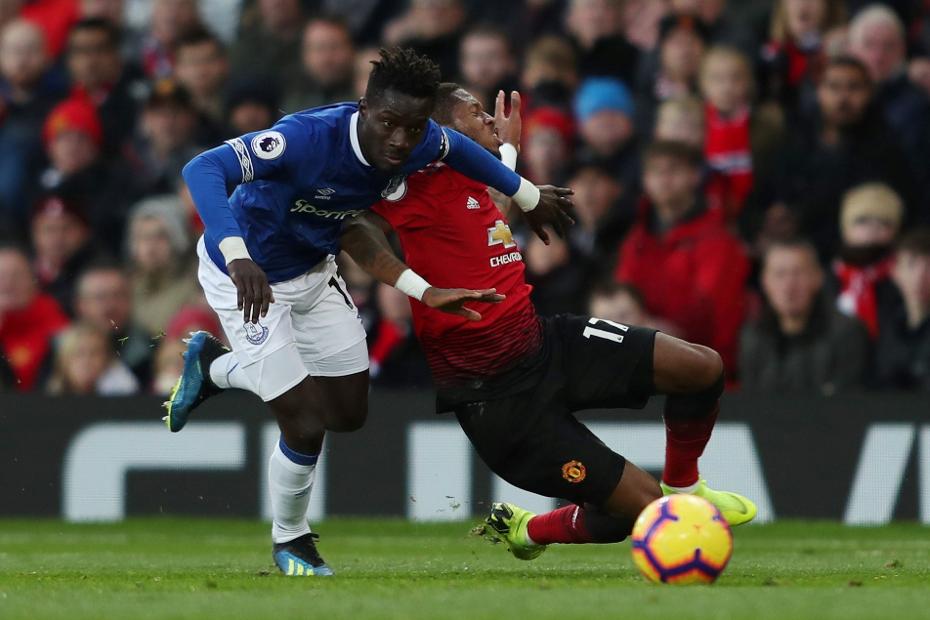 Ahead of the Merseyside derby, Adrian Clarke expects a more aggressive Everton side than in last season's match

Gana: Playing for Silva is a pleasure External Link

Twelve months on from the last time Liverpool hosted a Premier League Merseyside derby, they will encounter a very different Everton side.

Marco Silva has revamped the Toffees to such an extent that if he names the same starting XI as in last weekend’s 1-0 win against Cardiff City, just three players from last season’s draw will be the same.

A year ago Sam Allardyce’s men sat deep, allowing their hosts to have 79.4 per cent of possession at Anfield, to earn a creditable 1-1 draw.

This Sunday Jurgen Klopp should prepare for a far more proactive Everton approach.

Defending from the front

The most obvious change is Silva’s desire for his team to defend aggressively from the front.

When forced to retreat they will, but Silva likes his players to press with intensity, a ploy his forwards have embraced.

Asked to close down defenders as a team, rather than dropping off to fill up spaces, five Everton players feature in the top 12 for the most times individuals have won possession inside the final third.

Since Silva took over from Allardyce he has demanded that his midfielders and front men work harder to regain possession. This means Everton protect their last line of defence more effectively.

Winning the ball back in advanced areas, they are able to play their football higher up the pitch.

The turnaround is dramatic, as the stats below indicate.

Everton have regained possession in the final third 27 more times than Manchester City and Huddersfield Town, who are joint second in the table.

When it is on to close down Liverpool inside the Reds’ half, this new-look Everton side won’t hesitate to hunt in packs.

Everton have built up a healthy clean-sheet mentality in the run-up to Sunday’s trip across Stanley Park.

They travel to Anfield on the back of successive shutouts and have kept four clean sheets in their last seven Premier League outings.

For a defence featuring two newcomers in Yerry Mina and Lucas Digne, plus recalled centre-back Michael Keane, that is a good achievement.

It is perhaps no coincidence that Andre Gomes has featured in three of those clean-sheet displays.

He had to wait until October for his first start since joining from Barcelona on loan, but in his five appearances to date he has fitted in superbly.

Gomes is an all-action player and a terrific worker.

No one covers as much ground as the 25-year-old, who is building a strong and effective partnership with ball-winner Idrissa Gueye in the middle of the park.

This will be a stiff test, but Everton will arrive at Anfield in strong defensive shape.