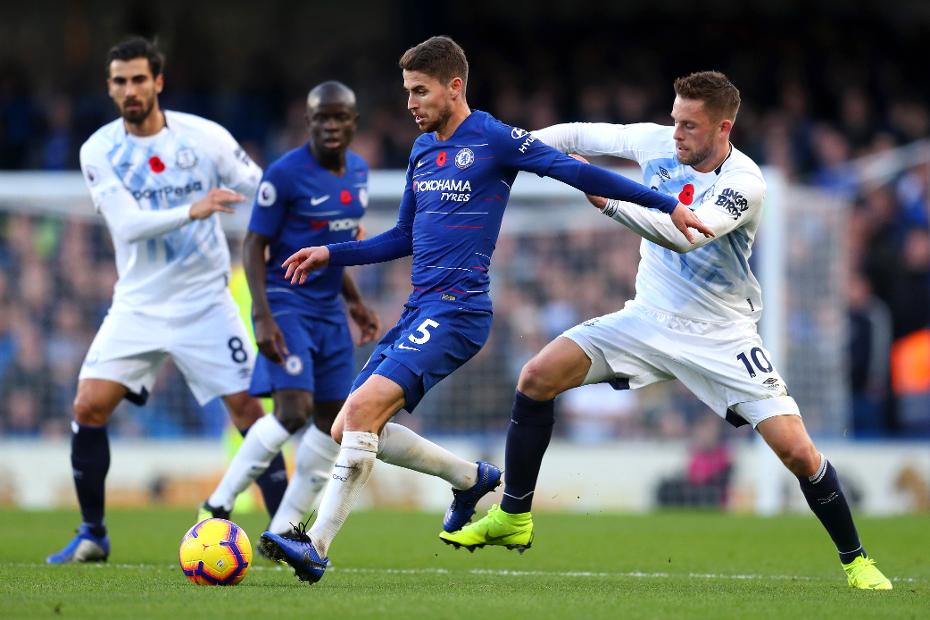 Setting up a plan to cancel out Chelsea’s deep-lying playmaker Jorginho worked well for Everton and Tottenham Hotspur, so will Fulham’s Claudio Ranieri follow suit in Sunday’s west London derby?

The astute Ranieri will surely have noticed the way the tactic against Jorginho proved so effective.

Richarlison and Gylfi Sigurdsson were asked by Everton manager Marco Silva to pressure the Italian to stop him dictating play from deep, a strategy that was vindicated when Jorginho was substituted on 64 minutes at Stamford Bridge.

Subsequently, over 90 minutes the influential Chelsea midfielder made just 51 passes, his lowest tally of the campaign.

Jorginho was unable to play any forward passes of note through the lines down the centre of the pitch.

If Fulham can replicate this, it will frustrate Eden Hazard, Alvaro Morata or Olivier Giroud, who all like to receive the ball in those areas.

Who gets the job?

From a defensive standpoint the No 10 role within Ranieri’s 4-2-3-1 will be of vital importance against Chelsea.

Ranieri selected Tom Cairney in that position for his first match, but the midfielder is perhaps not the most natural fit if the manager is looking for somebody to shut down Jorginho’s space.

Cairney has won just two tackles this season, and is not known for his combativeness.

Two options would be shifting the hard-working Andre Schurrle inside to play behind the striker, or pushing Jean Michael Seri into a more advanced role.

Both are full of industry and willing to make challenges and Fulham would not miss too much creativity on the ball either.

If one of these two gets the task and they are helped by Aleksandar Mitrovic dropping in to squeeze Jorginho’s space, Fulham can replicate the success Chelsea’s last two opponents enjoyed.

How do Chelsea combat this tactic?

Maurizio Sarri has stated he does not want to move away from a 4-3-3 or use someone who is not a technical playmaker in the centre of his midfield.

That would appear to rule out a switch to 4-2-3-1 with N'Golo Kante joining Jorginho in deeper areas.

But do not be surprised if the Frenchman plays far closer to Jorginho on Sunday.

If the Italian is marked closely, Kante will need to show for the ball instead, dragging a marker with him. This could partially alleviate the issue.

Without the ball I also sense Kante will tuck inside more often to ensure Chelsea have the defensive solidity they boasted when he was in the sitting-midfielder role.

Losing him as a screen in front of the back four has made the team more vulnerable.

From a tactical perspective it will be fascinating to see what choices both managers make.

If Fulham can stop Jorginho dominating, their prospects of only a second Premier League win over Chelsea are enhanced.