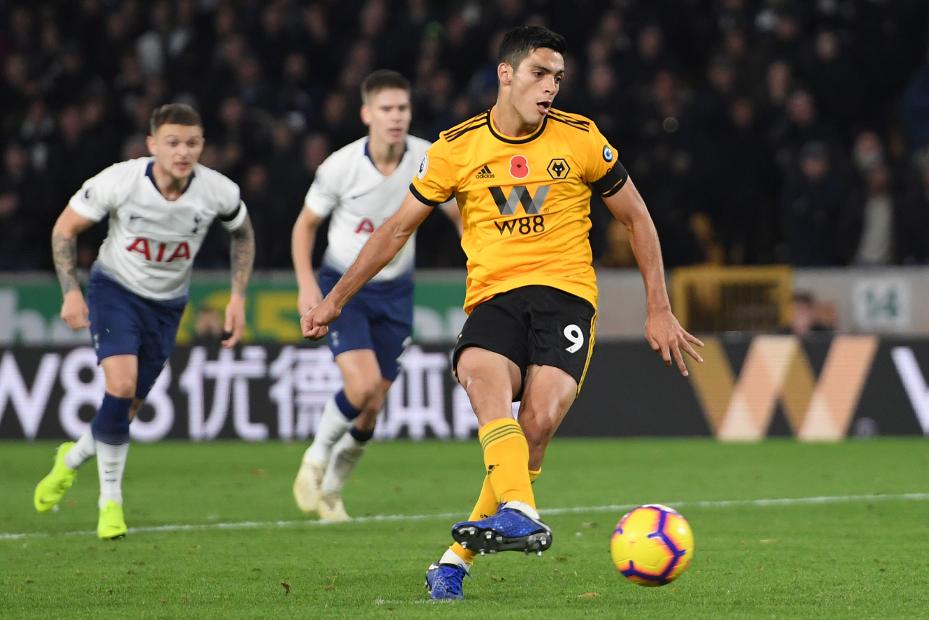 The Wolverhampton Wanderers forward headed into the international break in fine form.

Jimenez has 18 points in his last two Gameweek appearances, against Tottenham Hotspur and Arsenal.

And that has made him a major target for his home encounter with Huddersfield Town.

Indeed, Jimenez has been bought by over 133,000 managers, more than any other player for Gameweek 13.

The Mexican has been particularly impressive in home matches.

All three of Jimenez's goals have been scored at Molineux.

And his underlying statistics back up his big threat in front of his own fans.

At home, Jimenez's 20 shots, 17 from inside the penalty area and 10 on target, are more than any team-mate.

They also fare very well when compared with other forwards in FPL, with each of those totals ranking among the top three.

Now sitting in 10.9 per cent of squads, Jimenez's growing ownership will be encouraged by Huddersfield's lack of resilience.

The Terriers are without a clean sheet away from home this season.

David Wagner's side have conceded 14 goals in five away matches, the third-worst away record in the Premier League.

Costing only £5.8m, Jimenez can be a major source of cut-price points this weekend.