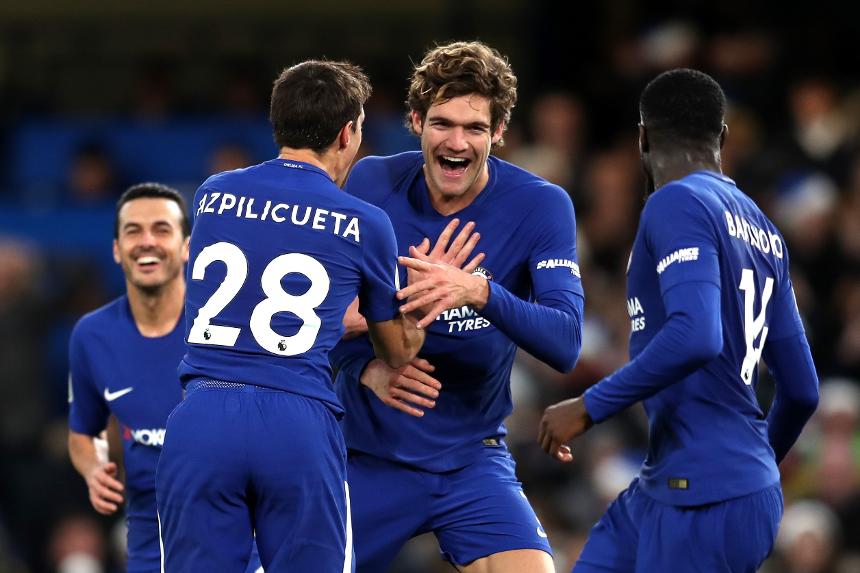 With 2017/18 Fantasy Premier League ended, The Scout reviews each position to highlight which players managers should consider for 2018/19.

Despite playing in a back three, Azpilicueta was involved in a career-high eight goals, scoring two and providing six assists.

His link-up play with Alvaro Morata proved profitable for managers.

The summer signing was the scorer of all six of Azpilicueta's assists.

However, Morata struggled with form and injury in the second half of the season, as Azpilicueta suffered a drop-off in attacking points.

He failed to produce a single assist after Gameweek 20.

Morata is now competing with Olivier Giroud for a place in the starting XI, so assists may not be such a big factor for Azpilicueta next season.

His ability to pick up bonus points remains a big draw, though.

The top-scoring player in the Bonus Points System (BPS) with a score of 913, Azpilicueta's 25 bonus points were more than any defender.

Both Alonso and Victor Moses profited from their roles as wing-backs in Conte’s 3-4-3 formation.

Alonso again ranked second for points among defenders, having finished runner-up to team-mate Gary Cahill in 2016/17.

His seven goals scored this season were more than any other defender and he also provided a pair of assists.

His 65 shots, 40 shots in the opposition penalty area and 22 shots on target were the most of any FPL defender.

Moses also caught the eye, claiming ninth place in the defender standings in his first season classified in that position.

Chelsea's defence was also again one of the most resolute on offer in FPL.

They have recorded 16 clean sheets in each of the last two seasons and will remain a main source of defensive talent for 2018/19.

But changes in personnel, along with tweaks to tactics and formation over the summer, could yet force FPL managers to reassess their potential come August.