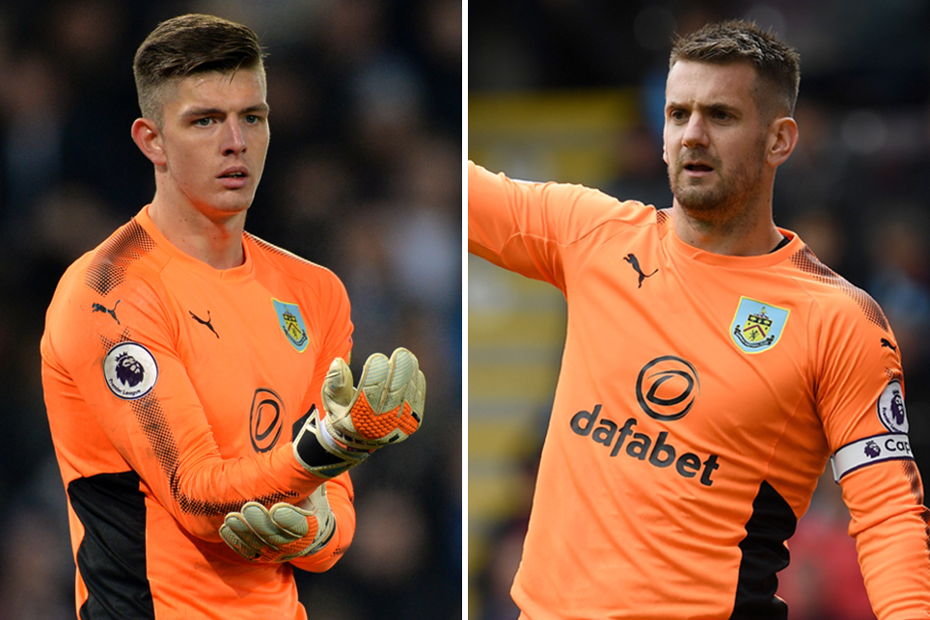 The decision on whether Pope or Heaton will be No 1 already looks vital for next season, explains The Scout

With 2017/18 Fantasy Premier League ended, The Scout reviews each position to highlight players managers should consider for 2018/19.

Burnley goalkeepers have been a vital source of talent in each of the last two seasons.

Tom Heaton was the highest-scoring 'keeper in 2016/17, earning 149 points after the club's return to the Premier League.

The top player for points per million (ppm), with 29.2, Heaton was a popular pick at the start of this season.

But his campaign was cut short by a dislocated shoulder sustained in Gameweek 4 against Crystal Palace.

With Heaton sidelined, Nick Pope claimed the No 1 jersey over the remaining 34 Gameweeks.

He proved a ready-made replacement.

From the point of his first start in Gameweek 5 onwards, Pope produced 150 points.

Among FPL goalkeepers, only David De Gea, with 151 points, bettered that tally and by the slimmest of margins.

Burnley goalkeepers are a bonus

Like Heaton in the previous campaign, his FPL scores were boosted by an ability to combine save points and bonus points.

Pope earned 26 save points over his 35 appearances, while his tally of 19 bonus points was more than any other goalkeeper in 2017/18.

This is partly because Sean Dyche's regular defenders, Matthew Lowton, James Tarkowski, Ben Mee and Stephen Ward, can struggle to compete with their goalkeeper in the Bonus Points System (BPS).

Players earn two, four and six points in the BPS depending on their pass completion rate but must make 30 passes to trigger the points.

The Burnley back four often failed to hit that number of passes.

That factor helped Heaton collect a record 21 bonus points in 2016/17, the most by a goalkeeper in a single FPL season.

Pope failed to surpass that but his rate of a BPS point every 4.4 minutes only marginally trailed Heaton's 4.2 from his record-breaking campaign.

Investing in Dyche's first-choice goalkeeper for 2018/19 looks to be a strong tactic again.

His teamsheets over the pre-season friendlies will have a big impact on the plans of FPL managers, with Pope and Heaton now vying for the position.