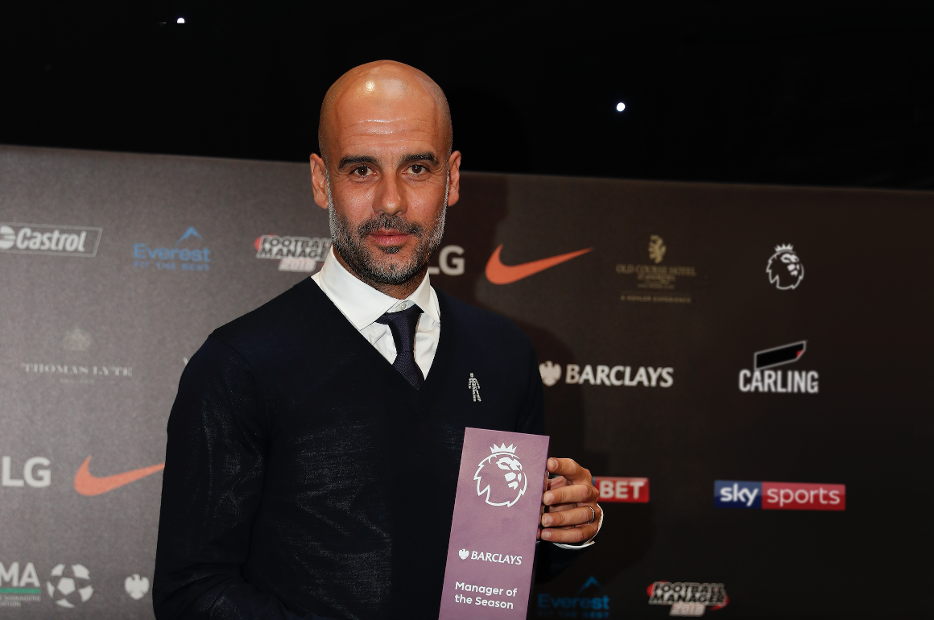 Pep Guardiola has said Manchester City’s celebrations of their stoppage-time victory over Southampton last Sunday were wild because reaching 100 points was such an important goal for his team.

Speaking at the League Managers Association annual awards dinner, where he was named the Barclays Manager of the Season, Guardiola explained that despite winning the Premier League title several matches earlier, there was still a lot riding on the match for him.

"Of course, the target to achieve 100 points in the Premier League was something massive," said Guardiola, who also received the Sir Alex Ferguson Trophy for LMA Manager of the Year.

“[To get] 100 points will be something we will all remember for the rest of our lives."