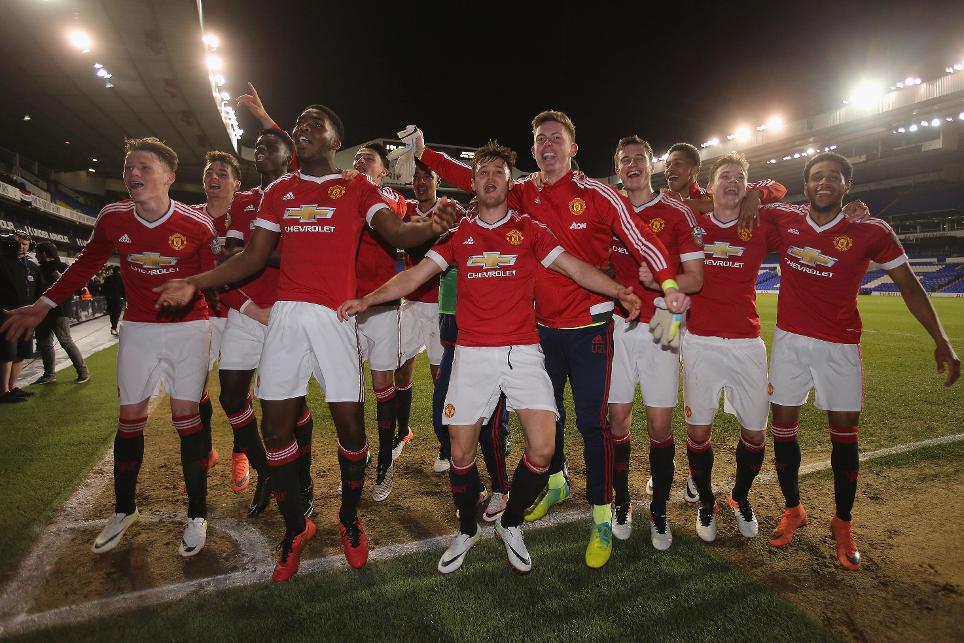 Premier League 2 is a new competition with a greater focus on a level of play in terms of technicality, physicality and intensity to bring players as close to first-team experience as possible.

As they did last season, United open their campaign against Leicester, who avoided relegation from Division 1 with victory in their final match of the season, on Saturday, 13 August.

The opening match of the Premier League 2 campaign takes place on Friday, 12 August when Arsenal, who were promoted from Division 2 via the play-offs last season, host Reading at Boreham Wood.

The rules for over-age players will remain the same, where each team can field a goalkeeper over the age limit and up to three "over-age" outfield players in every match.

The format for the competition will also be unchanged from last season, with 24 teams split into two divisions, and the two bottom clubs from Division 1 replaced by two Division 2 clubs.

As well as their titles, United's academy has developed a number of youngsters who graduated to first-team action last season, including Marcus Rashford and Cameron Borthwick-Jackson.

After Leicester, Man Utd will next face Southampton before taking on Chelsea, the 2013/14 U21 champions.

Chelsea kick off their campaign with an opening-day trip to Sunderland, last season's runners-up, before taking on Liverpool and Man Utd in successive fixtures.

Derby County, the Division 2 champions, get their season under way at home to Man City, while Tottenham Hotspur host Everton in what promises to be an exciting opening-day encounter.