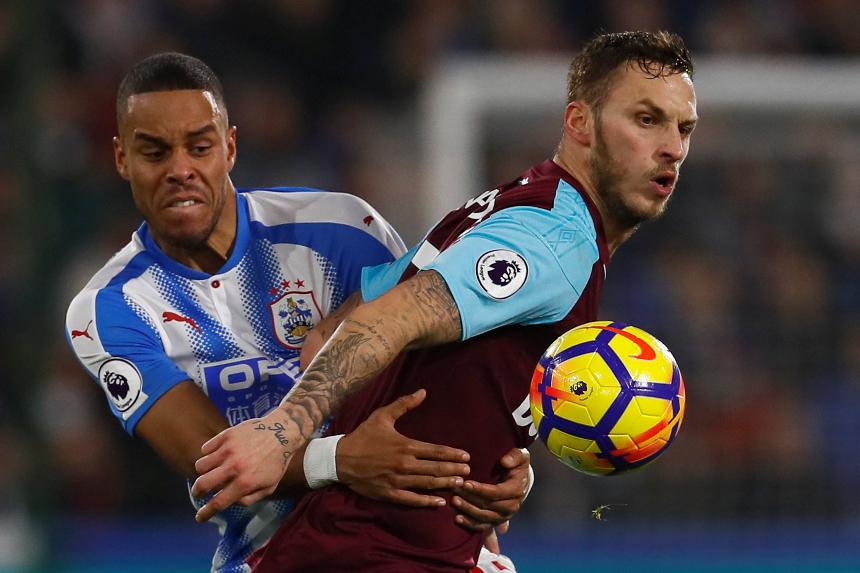 Positional switch by David Moyes has invigorated the Austrian and the Hammers' fortunes, writes Adrian Clarke

Moyes: Arnie's been great, but I need even more from him External Link
GW23 Lessons learned: West Ham pair on the rise

David Moyes has freed Marko Arnautovic from the shackles and has helped him transform his first season as a West Ham United player.

Under Slaven Bilic, Arnautovic was asked to hug the touchline as often as possible, spending most of his time in wide areas.

At first, Moyes continued with that policy, but the manager soon recognised that this was not bringing the best out of the player signed from Stoke City in the summer.

So, in recent weeks, Arnautovic has been given more freedom to roam around the opposition half, encouraged by Moyes to pop up in areas that make him difficult to mark.

The results have been startling.

Operating as a striker, or in a free attacking midfield slot, Arnautovic has scored six goals and made three assists in his last seven Premier League starts.

Brilliant one-twos with the Argentinian playmaker created Arnautovic goals against Chelsea and Stoke, and last weekend he repaid the favour by assisting both of Lanzini's strikes at Huddersfield Town.

Playing two such gifted free spirits so close to one another has enlivened West Ham’s forward play since they beat Chelsea 1-0 on 9 December.

As soon as he took over, Moyes immediately insisted on a higher work ethic from all his players.

There is no question that Arnautovic is performing with greater physical willpower.

He is showing more desire to be in the thick of the action and not stand on the periphery.

He is also working harder to show for the ball, and to make surging runs from deep.

His power and pace are often underestimated.

Registering a top speed of 34.2km/h, his fastest speed is second only to Michail Antonio this season for the Hammers, and that athleticism is a real asset to the side.

His pressing has also improved. Two of West Ham’s recent goals (Arnautovic's against AFC Bournemouth, and Mark Noble's at Huddersfield Town) came as a direct result of his closing down.

With the freedom to perform in a role he enjoys, for a manager who demands he shows industry, the forward’s output is now extremely high.

AFC Bournemouth will need to work hard on Saturday afternoon to try and keep him quiet.