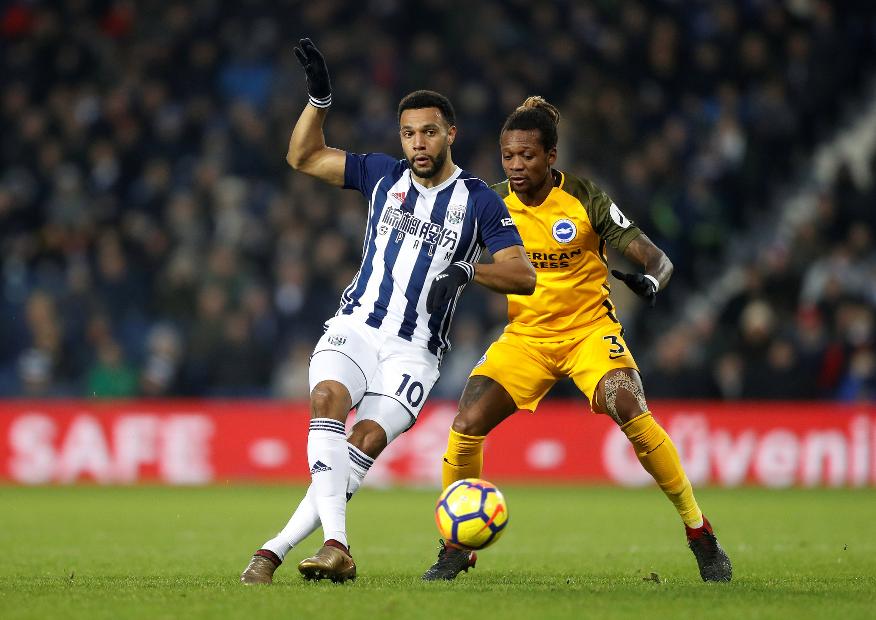 Since coming in at West Bromwich Albion, Alan Pardew has had few defensive concerns, restricting opponents to one or no goals in six of their nine matches.

But ahead of the Baggies' trip to Everton on Saturday, finding a way for him team to be more productive at the other end of the pitch is the new manager's more pressing issue.

West Brom are the third-lowest scorers in the Premier League, with 18 goals.

Their joint-top scorers, Jay Rodriguez and Salomon Rondon, have only three goals each.

Away from home this shortcoming has been of particular concern.

Only Brighton & Hove Albion, with five, have managed a poorer return than West Brom's six goals on the road.

Pardew is trying to find a formation where he can field at least two strikers, without setting the team up too cautiously behind the front pair.

His predecessor, Tony Pulis, started with two up front in four matches this term, but only within a defensive 3-5-2 framework that sacrificed at least one, and often two, attacking midfielders.

Losing all four of those matches, against Arsenal, Huddersfield Town, Manchester City and Chelsea, the experiment proved unsuccessful.

Pardew, by contrast, is trying to play as many creative talents as he can without leaving his side open at the back.

His most-used formation has been 4-4-2, with Rodriguez and Rondon his first-choice attacking duo. But he has also used Hal Robson-Kanu in attack.

Where possible Pardew likes to have at least two of his three natural centre-forwards on the pitch.

Albion’s two most impressive performances under Pardew came at home to Everton, when they drew 0-0, and the 2-0 win over Brighton.

The balance of his 4-4-2 in those matches was terrific.

Using Chris Brunt on the left of midfield and Matt Phillips, pictured top, on the right, the West Brom attack enjoyed better quality service from both flanks.

It is no coincidence that from those two matches, West Brom produced an impressive 32 shots, 20 of which came from inside the penalty area.

The clean sheets from these matches may also have reassured Pardew that he can trust his back four and central midfield pairing to be disciplined, even when he uses a more attack-minded side.

In fairness to Brunt and Phillips, they are two wingers who are industrious without the ball.

So this set-up could be the way forward for West Brom to increase their goal count in the remainder of the season.

His side may be struggling for goals, but Pardew can have no complaints about the attitude of the players he has inherited.

Across their 23 matches, Albion have run further than their opponents in all but one encounter, the 4-0 home defeat by Chelsea, Pulis's last match.

In total West Brom have run 63.3km further than the teams they have faced this season, an extra 2.75km covered per match on average.

As the Premier League side with the lowest average amount of possession, at 42.6%, much of Albion’s work has been done without the ball, but once Pardew’s influence grows I expect that figure to increase.

When West Brom are able to focus their high energy levels more on hurting the opposition, rather than nullifying them, I expect an uplift in their goalscoring.

Against a Everton side, who have yet to have a shot on target this year, do not be surprised to see a more vibrant West Brom side showing greater attacking intent on Saturday.

This more ambitious approach could pay off.