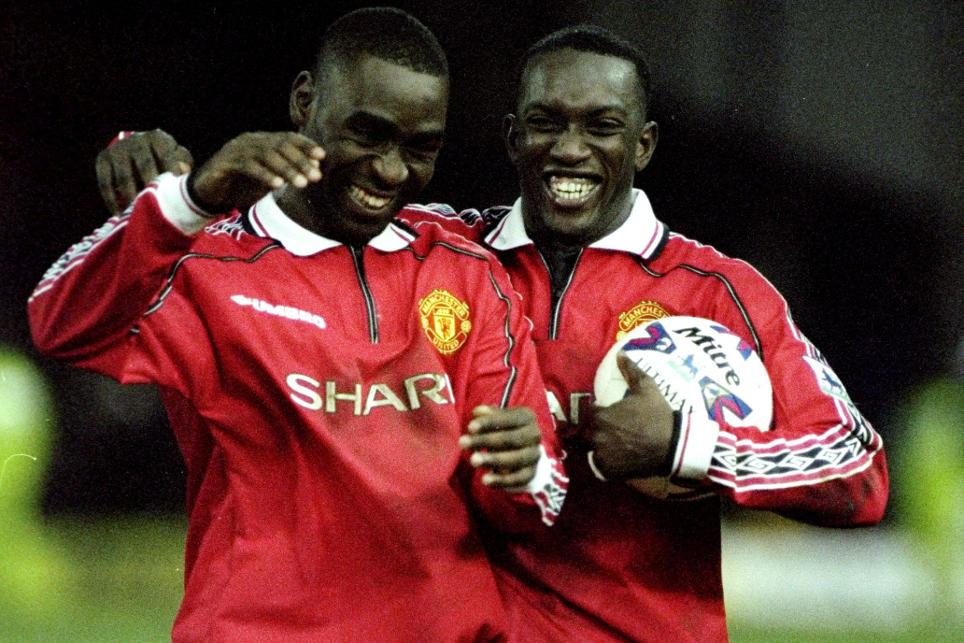 In a 10-day spell during May 1999, Manchester United made history by becoming the first English team to win the Premier League, FA Cup and UEFA Champions League in the same season.

Nine months of hard work whittled down to three defining matches at the end of the campaign. They came from behind to edge Tottenham Hotspur and clinch the league ahead of Arsenal at Old Trafford, they beat Newcastle in the

FA Cup final and fought back from 1-0 down again in the Champions League final, this time with two stoppage-time goals to seal the treble in the most remarkable fashion.

But for all their glory, David May, a defender who played in the league finale and FA Cup triumph, said the team were so focused on the job in hand that the trophies never crossed their mind until they won them.

Speaking to premierleague.com, May said: "We were together as a group from the start and had a brilliant team bond, and that's important because in a long, hard season it can get tiresome occasionally, but we carried each other on to the end.

"We ended up winning the treble that season, but there was never a time when we thought about trophies, you can't afford to do that.

"We took it stage by stage, game by game, and in the end our entire season hinged on the last three matches - Spurs in the Premier League, Newcastle in the FA Cup and Bayern Munich in the Champions League - which is crazy."

The Premier League title race went down to the final day, when Man Utd faced a tricky home match with Tottenham Hotspur. Arsenal, neighbours of Spurs and fierce rivals of both teams, were one point adrift going into the final day.

May, who played in that match, said: "The match I look back on most fondly is beating Spurs to win the Premier League. We went 1-0 down and missed chance after chance, but Beckham scored just before half-time and Cole won it.

Everyone knows what we went on to achieve after that.

"We'd won the League on the last day of the season in 1996, so some of the players had experience of doing it, and although it's big pressure it is the pressure you want to be under as a player.

"There was a great blend of players who had won things before and those still young and hungry enough to win things and that blend is important."

Cole's winner against Spurs was his 24th goal of the season in all competitions. His tally was eclipsed by Dwight Yorke, who had netted 29 times after arriving from Aston Villa in August 1998. The pair were prolific as a partnership and the latter's move to Old Trafford had a galvanising effect on Cole and the Man Utd dressing room, according to legendary Man Utd goalkeeper Peter Schmeichel.

Schmeichel, who ended eight years at Old Trafford following the treble-winning season, said: "That year, to score over 50 goals, to play in a team that had two strikers who do that, just makes you feel like you're flying all the time.

"Cole was not bad at any point that I played with him. He always scored goals, but when he got Dwight Yorke next to him, something happened to him. I think Andy was a bit intimidated by the responsibility he had at United, and people would often say that he has a grumpy personality.

"Yorkey and Coley, it was unbelievable for that one season I played with them. It was very close to being magic."

"But he's actually a really happy lad and a really nice person, but I don't think that came through at any point until Dwight Yorke came in, with a big smile on his face. In many ways it just made Andy Cole chill a little bit.

"The way they clicked, and obviously I worked with Andy and Dwight at different events around the world, and when they get into that, both of them are saying they never worked on that, it was something that happened.

"This is the magic of football. You can train, you can coach people for as long as you like, if it's not happening, it's not happening. Sometimes you don't do anything and it is happening. Yorkey and Coley, it happened, and it was unbelievable for that one season I played with them. It was very close to being magic.

"First of all, he [Yorke] came in on the first day of training and walked into the dressing room with a big smile on his face. I only played with him for a year but that smile never left his face. Every morning he would come in and enthuse happiness into the dressing room. He lifted the mood in the team and made everybody chill a bit.

"If you can chill and still perform it makes everything so much better. In terms of what he actually did on the pitch, his technique was fabulous. His vision for the game was fabulous. His link-up play with every player in the team was fabulous, and his finishing was unbelievable.

"Without a strong personality you've got no chance of playing for Manchester United. Of course you'll have some friction every now and then but with Dwight in there things started to chill a bit, and it was much easier to be in that dressing room for sure."