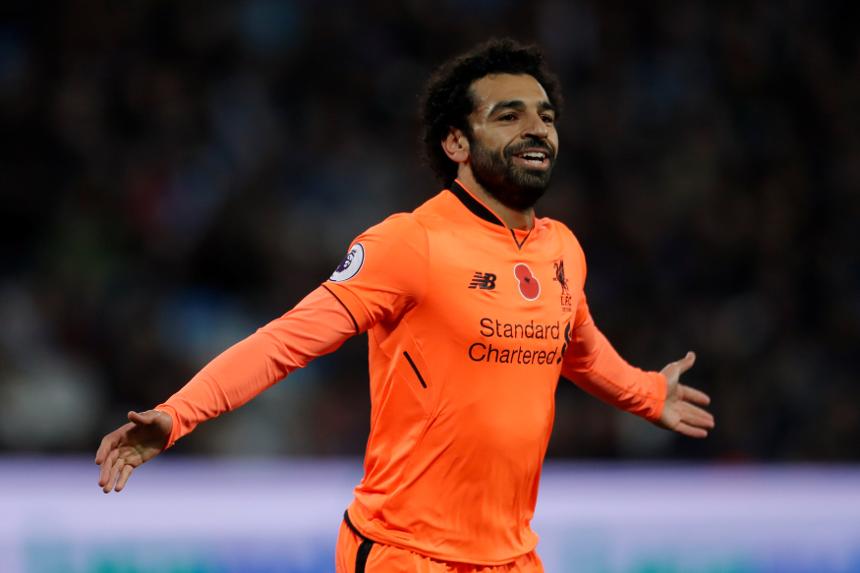 Mohamed Salah (£9.4m) makes his 10th appearance in The Scout’s XI after being snapped up by more than 210,000 Fantasy Premier League owners ahead of Gameweek 12.

With Phil Jones (£5.5m) expected to miss out for Manchester United, we have spent big in goal to cover Jose Mourinho’s defence at home to Newcastle United. De Gea has saved each of his 13 shots on target faced to earn a clean sheet in every Old Trafford appearance so far.

The left-back is an attacking force at Vitality Stadium, supplying more crosses (28) and creating more chances (six) than any AFC Bournemouth team-mate. Four of his last five Premier League goals have also arrived in home matches. Daniels hosts a Huddersfield Town side who have failed to score in four of their last six Gameweeks.

Liverpool boast the most impressive defensive record in home matches ahead of Southampton's visit to Anfield. The Reds have conceded only once in five matches, allowing the fewest shots (10) and shots on target (five). Saints arrive on Merseyside with the Premier League’s worst shooting accuracy (20.4%).

Burnley's home form is equally impressive. They have kept three clean sheets and allowed the same number of big chances – or chances where the attacking player is expected to score; only Liverpool have conceded fewer. Mee hosts a Swansea City side who have failed to score in six of 11 Gameweeks.

The hot property ahead of Saturday's 11:30 GMT deadline, the Egyptian has scored or assisted nine goals in 11 Gameweeks. No player has fired more shots on target (15) in home matches ahead of Southampton's visit.

Surpassing even Salah in the current FPL standings as the top-scoring player on 73 points, Manchester City's winger has six goals and five assists in his previous eight Premier League outings. Sane travels to face a Leicester City team who have allowed more shots (92) than any other side over the past six Gameweeks.

All of the Brazilian’s four goals have arrived in away matches but we are backing him to break his duck at home for the visit of West Ham United. Richarlison has scored or assisted 57% of Watford's goals when on the pitch, while the Hammers arrive having shipped 13 goals on their travels; only Liverpool have conceded more (16).

The playmaker created the most chances (96) and fired the most shots (107) for Brighton & Hove Albion in their promotion campaign. With a goal and an assist in his last two outings, Knockaert is hinting at translating that form to the Premier League ahead of Monday night’s meeting with Stoke City.

The Spaniard has been outstanding over the past four Gameweeks, firing more shots (11) and creating more chances (15) than any other Chelsea team-mate. He takes on a West Bromwich Albion defence without a clean sheet in their previous six Gameweeks, and with one in their last nine.

The Tottenham Hotspur striker has scored eight goals in his last seven Premier League appearances, six of which have arrived in away matches ahead of the trip to Emirates Stadium. Kane has scored in each of his last five derby meetings with Arsenal.

The most sold forward heading into Gameweek 12 (94,000+), Lukaku is nonetheless our choice for the captaincy for Newcastle's visit. He is without a goal in his last four Gameweeks but has produced 7.2 points per match at Old Trafford and struck three goals over the international break for Belgium.