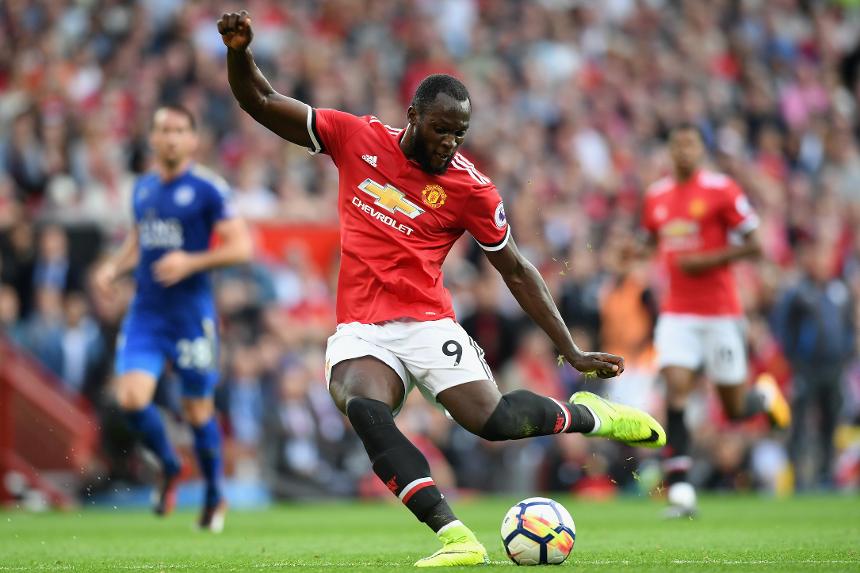 Romelu Lukaku (£11.5m) returns as a major contender for the Fantasy Premier League captaincy in Gameweek 12.

The Manchester United striker scored three times for Belgium over the international break to end a run of seven matches without a goal.

That could restore his confidence ahead of Newcastle United's visit to Old Trafford.

He is the most sold forward ahead of Saturday’s 11:30 GMT deadline, with 85,000+ managers parting company.

But Lukaku’s record at home suggests they may regret that decision.

He has scored or assisted in four of his five home appearances, averaging 7.2 points per match (ppm).

Lukaku is still part of 47% of squads and has been the most popular captain pick in nine of the 11 Gameweeks.

Like Lukaku, the Tottenham Hotspur striker has disappointed of late.

Kane’s two points in the 1-0 victory of Crystal Palace in Gameweek 11 marked the fifth time that he had failed to score in six home appearances.

But it is a different story away from home.

Kane has scored braces in each of his last three away trips ahead of the north London derby with Arsenal.

He also had an outstanding record against the Gunners, scoring in all five of his Premier League matches against them.

Morata has produced 28 points (four goals, one assist) in his previous three away fixtures ahead of Chelsea's visit to West Bromwich Albion.

He scored for Spain over the international break and is the most popular signing among forwards, with 122,000+ new owners.

Aguero fired two goals for Argentina but will need to be assessed prior to a trip to Leicester City.

The Manchester City striker was taken to hospital after suffering a bout of dizziness on Tuesday.

Aguero has produced 30 FPL points from his three away appearances this season.

The winger has supplied four double-figure scores from his last six starts and featured in the top 10 captain picks for the first time in Gameweek 11.

More than 133,000 managers gave the armband to Sane, who then produced a mere two points for his lowest tally since Gameweek 5.

The Liverpool midfielder’s 15 points arrived via a brace at West Ham United. That marked his fifth double-digit tally of the campaign.

Confidence in the Egyptian is therefore on the rise ahead of Southampton's visit to Anfield.

Salah has been the most popular transfer target leading into Gameweek 12, attracting 179,000+ new owners.

A pair of mid-price midfielders offer alternatives for the captaincy.

Richarlison (£6.5m) hosts a West Ham side who have conceded more goals (23) than any other side.

Watford's Brazilian has supplied a goal or an assist in five of the past six Gameweeks.

Wilfried Zaha (£6.8m) is another consideration as a differential.

Fielded as a central striker by Crystal Palace manager Roy Hodgson, he has scored in each of his last two home appearances ahead of a visit from Everton.

The Toffees are yet to keep a clean sheet away from home, conceding 10 goals from their five matches.

See: The Scout's GW12 Ones to watch