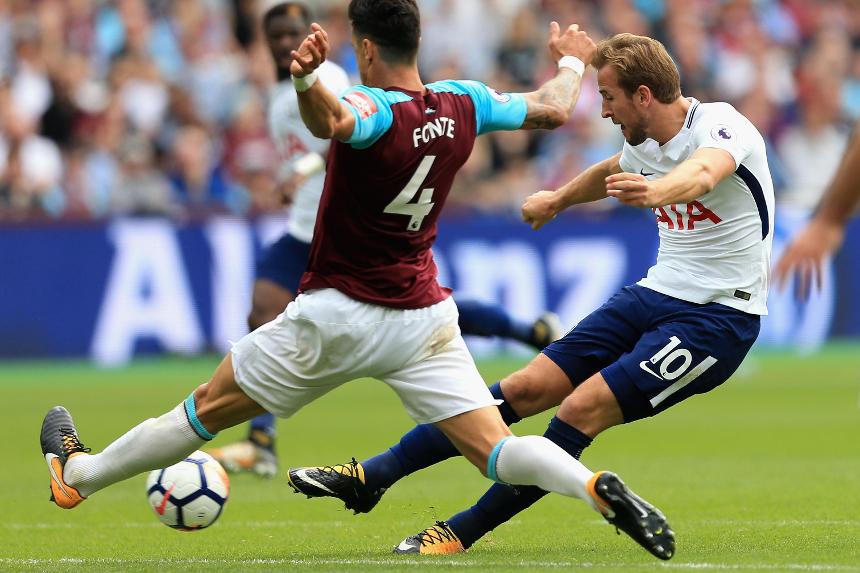 Kane is on course for highest average of shots per match in PL, but history suggests United backline can limit the Spurs striker

When Tottenham Hotspur visit Old Trafford on Saturday, Manchester United will be tasked with nullifying the most prolific shooter in the Premier League.

If he keeps that rate up for the rest of the season he will beat the record frequency of Wayne Rooney and Cristiano Ronaldo.

The two former Man Utd forwards are the only players to maintain a rate of six shots per match over the course of a full campaign since Opta started recording such statistics from the 2003/04 season.

Most shots per 90 mins in PL

If anyone can slow the progress of the 24-year-old, history suggests it could be the Red Devils.

Kane has never scored at Old Trafford, and his goal at White Hart Lane against them in May remains the only time he has scored in seven PL meetings with United.

And although Kane is averaging 6.5 shots per match this term (up hugely on 3.9 last season when he scored 29 goals in total), he only averages 1.8 efforts per appearance against Man Utd.

By contrast, against none of the other 25 teams he has faced in the competition has he averaged fewer than three per match.

Kane's propensity to shoot will be tested to the max this weekend.

Jose Mourinho's side are conceding on average 9.5 shots per match this season, and their all-time average of 11.3 efforts faced is the fifth-lowest in PL history.

The most shots they have conceded to one player this season is six.

But that was Stoke City's Eric Maxim Choupo-Moting, who scored twice, which should give Kane hope that if he can get his shots off, there may be goals to be had in Saturday's early kick-off.