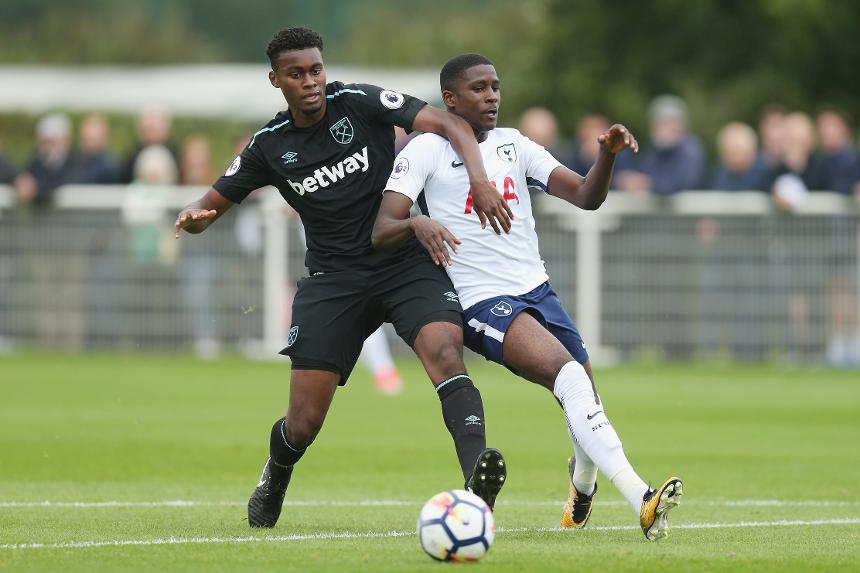 Joshua Pask's goal gave West Ham United their first Premier League 2 Division 1 victory as they fought back from 2-0 down to win 3-2 at Tottenham Hotspur.

The 19-year-old defender reacted to a Tunji Akinola knock-down and volleyed in after 63 minutes to help West Ham continue the promoted side's unbeaten start this season.

Spurs went 1-0 up with Dylan Duncan's deflected effort before Marcus Edwards converted a penalty to put the hosts in control at half-time.

But the Hammers scored twice in five minutes after half-time, first through Dan Kemp and then a superb solo effort from Nathan Holland, before Pask completed the comeback.