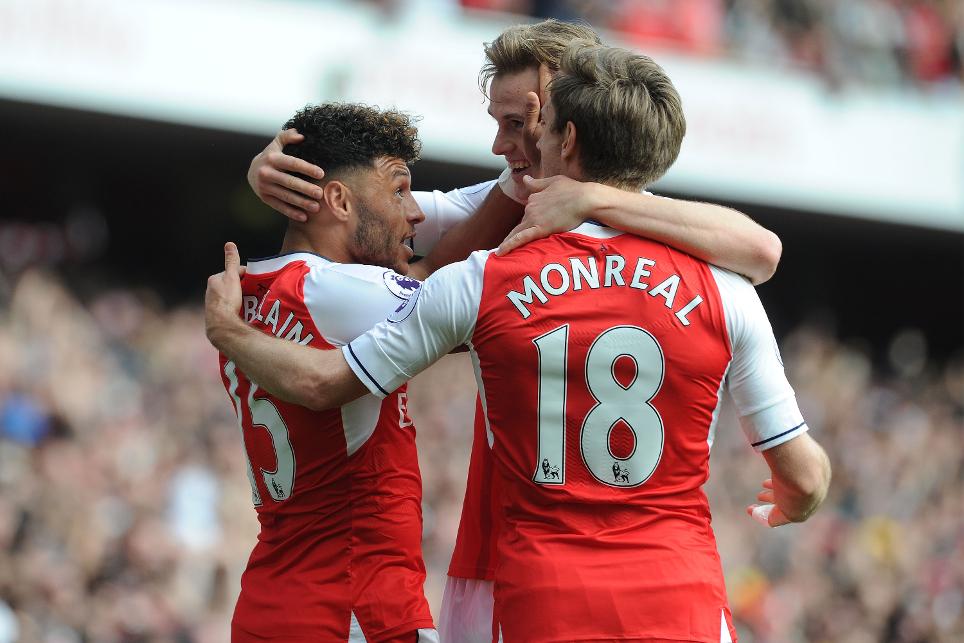 In the second of a three-part series, Adrian Clarke discusses the benefits of Arsene Wenger's move to a 3-4-2-1 system

In the second of a three-part series, Adrian Clarke studies the reasons why Arsenal flourished in that shape during the latter part of the campaign.

Benefits of using three at the back

The change was instigated with a view to stabilising a defence that had been vulnerable to counter-attacks and turnovers.

Playing a brand of football that encouraged both full-backs to fly forward in a 4-2-3-1 system, Arsenal’s centre-back pairing were consistently being isolated during swiftly constructed breaks.

Perhaps as a by-product of that open approach, Petr Cech was the fifth-busiest goalkeeper in the division over the course of the season.

Before and after: Arsenal's defensive record

The presence of an additional central defender immediately made them less susceptible to this problem - and their safety-in-numbers approach proved extremely effective.

Keeping more players back, Wenger’s men halved the number of goals they were conceding during the run-in.

Going forward there were positives too, especially in the way Alexis Sanchez and Mesut Ozil combined.

Wenger’s tactical switch brought the Chilean inside from the left, where he worked in closer proximity to Arsenal’s chief creative talent.

Rather than having just Ozil’s skill and movement to worry about in half-spaces between the lines, rival sides instead had a twin threat to contain.

The pair made a healthy 20 passes per match between themselves within a 3-4-2-1 formation, and crucially many of those occurred in more dangerous areas of the pitch than they did in a 4-2-3-1 set-up.

Ozil’s clever combination with Sanchez for the South American’s goal at St Mary’s Stadium was just one of several standout moments these two superstars delivered in the last six weeks of the season.

All over the pitch Arsenal’s players looked comfortable in the fabric of a 3-4-2-1 system.

Out wide, Nacho Monreal slotted in nicely to fulfil both wing-back and left-sided centre-back roles, while on the other flank the speed of Alex Oxlade-Chamberlain and Hector Bellerin shone brightly in both attack and defence.

Arsenal’s central midfield improved too. Backed up by the presence of three centre-backs and the deep-lying Granit Xhaka, Aaron Ramsey became less preoccupied with the defensive aspects of his game.

This was a major boost for the side. The Gunners always pose more of a goal threat when Ramsey bursts regularly into the opposition box, and he did that with greater freedom in a 3-4-2-1 arrangement.

In the last eight PL matches, of which Ramsey started six, the Welshman conjured up 14 efforts on goal from midfield. He scored once and made three assists.

Using three at the back provided Arsenal with fresh angles going forward, and valuable stability at the back.