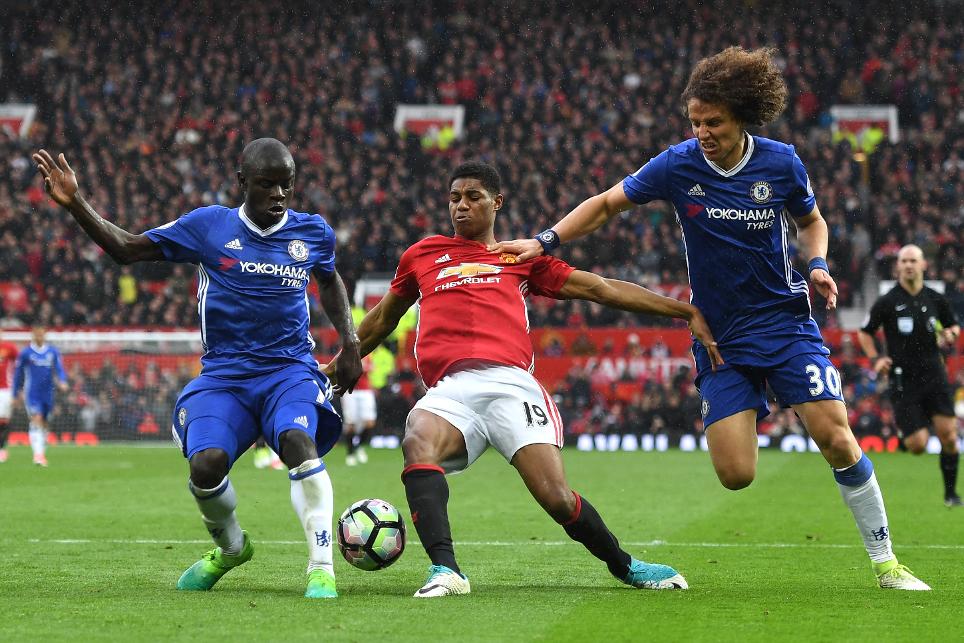 In the third part of his look at back threes, Adrian Clarke dissects why champions Chelsea flourished so brilliantly in a 3-4-3.

At the heart of Antonio Conte’s vision of a 3-4-3 was to have a pair of five-man units operating together seamlessly.

It was a concept that worked out spectacularly well for the Italian.

This 5-5 set-up was flexible when it needed to be, but Chelsea’s head coach essentially wanted his wing-backs and forwards to provide the bulk of their attacking play. The others would stay in the middle and defensive thirds to deal with danger.

This ploy led to a huge improvement without the ball.

Inside the 4-2-3-1 or 4-1-4-1 formations that Chelsea had used in 2015/16 - and the first six matches of last season - they were too exposed to counter-attacks, especially through the middle.

With full-backs venturing forward and one of the central midfielders expected to make forward runs, they were sometimes left short-handed at turnovers.

Once they switched systems that problem disappeared.

While the outstanding N’Golo Kante made a seismic difference, the Blues’ robust shape offered rivals fewer opportunities to hurt them.

Kante alongside Nemanja Matic worked extremely hard to break up attacks at source, while the back three of Cesar Azpilicueta, David Luiz and Gary Cahill developed a lovely balance when dealing with threats.

Chelsea’s discipline was so exemplary. They afforded opponents 92 fewer shots than en route to the 2014/15 title.

They were also troubled by 160 fewer efforts on their goal than the previous season.

In previous years Chelsea’s XI had been a little imbalanced, with Azpilicueta asked to perform at left-back. Azpilicueta did a fine job, but as a defensive right-footed player he couldn’t threaten down the outside.

The presence of two wing-backs who were happy to hug the touchline naturally stretched the pitch out, too.

So with defenders having to cover a wider area, Alonso and Victor Moses’ pace and positioning created extra room for attacking midfielders Eden Hazard and Pedro to flourish inside.

Markers were often unsure how far to follow them into pockets of space, and the duo regularly made them pay for hesitating.

Popping up all over the final third, Hazard in particular was far less predictable to contain. He revelled in the freedom.

While on paper the new system meant Chelsea had one fewer attacking midfielder, it had no adverse effect on their ability to score.

In fact Chelsea scored 61 times from open play last term, a rise of 17 and seven respectively compared with the previous two campaigns.

Breaking into the box more often, taking up frequent goalscoring positions, Hazard and Pedro’s influence was arguably the biggest positive to emerge from Conte’s autumn switch to three at the back.

See: How switching to back three galvanised Arsenal﻿