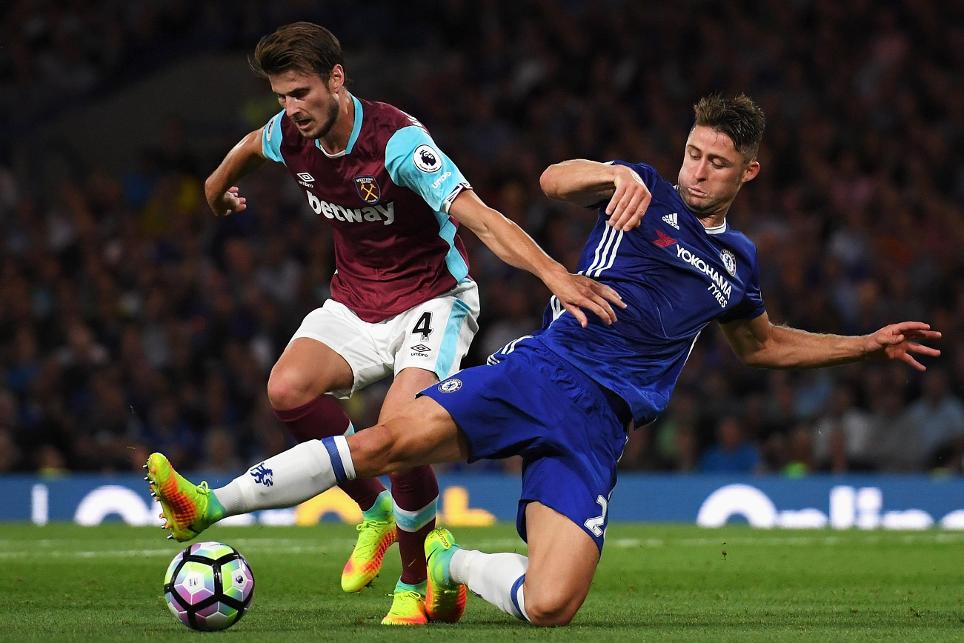 In the last of a three-part series, Adrian Clarke looks at the Premier League's most popular formations in the campaign just gone

With the dust settling on another exciting Premier League season, Adrian Clarke is reviewing the story of 2016/17.

His three-part analysis of tactical trends in the last campaign concludes with a look at formations.

Premier League managers experimented with 17 different formations during the course of 2016/17 as the use of three central defenders was catapulted back into fashion.

While 20 of the 27 PL managers tried out a three or five-man rearguard from the start of a match at least once, it was interesting that very few made it their primary system.

See: How the art of tackling was challenged

﻿Chelsea head coach Antonio Conte settled on it from early autumn onwards using a 3-4-3 and 3-4-2-1 to great effect, but Watford's Walter Mazzarri was the only other manager to line up in the majority of contests without a traditional back four.

Mauricio Pochettino's Tottenham Hotspur switched in and out of a three-man defence, producing some sizzling displays in that shape; Arsenal's Arsene Wenger ended the season with seven victories from eight in a 3-4-2-1, and Slaven Bilic was another who liked to dip in and out, deploying three centre-backs 16 times with West Ham United, winning seven of those matches.

Chelsea, Spurs and Arsenal's success with back threes skews the figures a little, but in terms of win percentages, back threes comfortably outperformed flat back fours.

With almost a 50% success rate, I expect plenty of coaches to be contemplating the use of a three-man defence as their first choice set-up at the start of 2017/18.

Many teams will use pre-season to work tirelessly to perfect their shapes.

The 4-2-3-1 remains the PL's most predominant formation, almost exactly a third of teams starting in that shape.

Thirteen managers made it their most used system, with 4-3-3 the next closest on six.

With a respectable 40% win rate, the 4-2-3-1 is a formation that a lot of players are comfortable in.

Who were the division’s most prolific tinker men?

Rather surprisingly David Moyes finished joint-top of the pile, trying out 12 shapes throughout the course of Sunderland's relegation campaign.

His constant tweaking outlines the difficulties Moyes had in developing a formula that suited his squad.

Changing the Hornets' set-up from one week to the next, often with minor positional changes, the Italian always kept rival managers guessing. The downside to these alterations is that the side never really found a consistent rhythm.

New Watford head coach Marco Silva is cut from a similar cloth. The Portuguese tactician experimented with eight formations in only 18 matches in charge of Hull City.

These tactical shifts set us up for a compelling start to the new season.