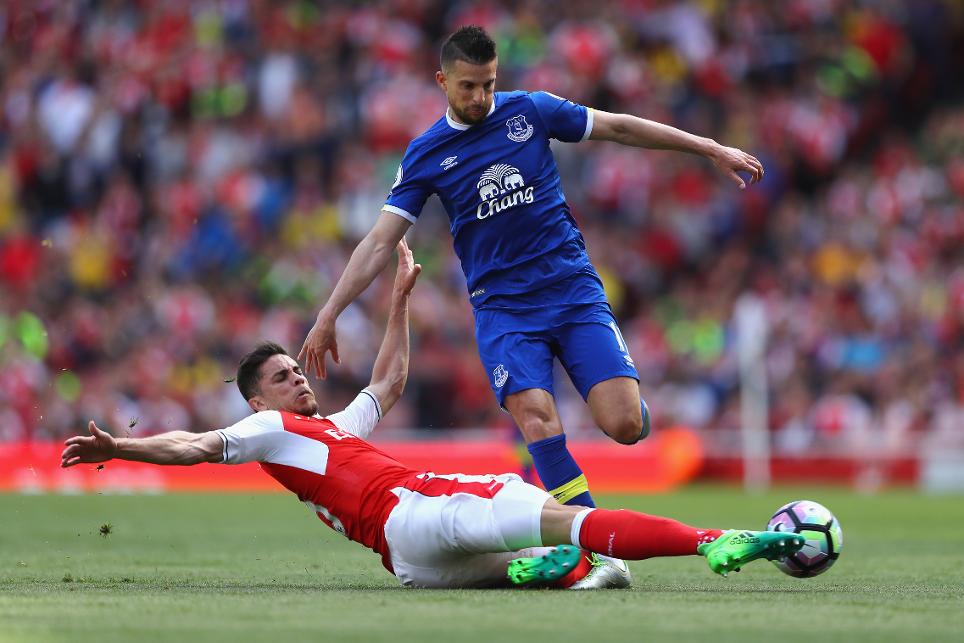 In the second of a three-part series, Adrian Clarke on the reasons behind a record-low campaign for clean tackles

Strikers more clinical in front of goal
Bobby Madley: A life in the matchday
The 2016/17 season in numbers

With the dust settling on another exciting Premier League season, Adrian Clarke is reviewing the story of 2016/17.

After analysing how fewer shots somehow led to more goals, he next looks at the reasons behind a record-low number of tackles.

The art of tackling

We have suspected for some time that the art of tackling is dying out in modern football, and data from the 2016/17 campaign backs up this theory.

A record-low 13,138 clean tackles were made at an average of 34.57 per match. This is by some distance the fewest we have seen in English football’s top flight.

It appears clear that PL coaches are focusing less and less on the importance of their players imposing physicality on opponents.

Concentrating harder on the technical and tactical side, the notion of being aggressive feels like it is on the wane.

In light of stricter enforcement from referees, players are also becoming ever more cautious at the prospect of diving into a challenge. The risk-to-reward ratio is shrinking.

They are right to be wary.

In spite of the low number of tackles, cautions are on the rise.

Considering the foul count only went up from 21.6 to 22.8 per match, that jump highlights the clamping down on challenges by referees.

Over the past 10 years we have also seen a change in the type of players who are making tackles.

A decade ago the PL contained an assortment of so-called tough tackling centre-halves. But with challenges from behind now outlawed, and defenders generally cautious about committing themselves in areas close to their own goal, very few of these players now exist.

Currently the best exponents of this defensive skill are central midfielders or full-backs; players who occupy positions further away from their own goal.

The make-up of this season's top 20 tacklers contains nine central midfielders, eight full-backs, two wingers and only one central defender: Cesar Azpilicueta, who happens to spend much of his time in wide areas due to Chelsea's formation.

It will be fascinating to see if this trend continues next term.