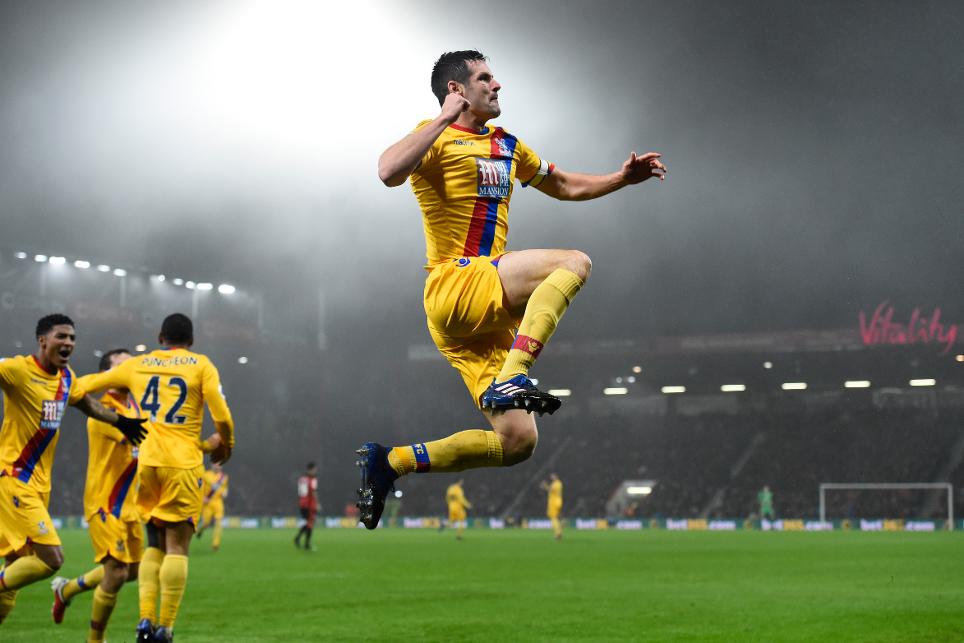 Sam Allardyce’s impact on the Crystal Palace defence provides the top-scoring player for the Gameweek 23 Fantasy Premier League Dream Team, as the Eagles claimed only a second shutout of the season at AFC Bournemouth.

Elsewhere, while seven forwards found the net in midweek, it was Manchester City’s new Brazilian starlet who stood out, offering one of several new names among the weekly elite.

Eldin Jakupovic (Hull City) £4.0m
Benched by more FPL managers than any other player in Gameweek 23, the Tigers' No 1 produced a defiant display at Old Trafford. With five saves and maximum bonus to go along with a clean sheet, Jakupovic earns a second Dream Team appearance of the season.

Scott Dann (Crystal Palace) £5.2m
A third goal of 2016/17, allied with a clean sheet and maximum bonus points at AFC Bournemouth, earned Dann a 15-point tally – the top score in the Gameweek. No defender has registered more efforts inside the opposition penalty area in 2016/17 than the Palace centre-back.

Damien Delaney (Crystal Palace) £4.8m
Delaney earns a maiden call-up having provided the assist for Dann’s opener against the Cherries. Delaney’s starting berth is likely to come under pressure from new signing Mamadou Sakho (£4.7m), though he could retain his role should Allardyce continue with a three-man defence.

Michael Keane (Burnley) £4.9m
Keane helped the Clarets to a third clean sheet in the last six Gameweeks against Leicester City, all of which have come in front of their own supporters. However, only one of Keane's next six matches - against Chelsea in Gameweek 25 - takes place at Turf Moor.

David Luiz (Chelsea) £6.2m
A Dream Team debutant, the Chelsea defender fired a free-kick opener in a 1-1 draw at Liverpool. Luiz has averaged 4.7 points per match this term, yet the attacking potential of defensive team-mates Marcos Alonso (£6.6m) and Gary Cahill (£6.5m) means he boasts a mere 4.2% ownership.

Lamine Kone (Sunderland) £4.3m
Returning from the Africa Cup of Nations, Kone was a key figure in frustrating Tottenham Hotspur in a goalless draw at the Stadium of Light. Sunderland have conceded only two goals in their last five home matches with Kone in the starting XI.

Gylfi Sigurdsson (Swansea City) £7.2m
A goal and an assist at home to Southampton steered the Swans to a third win in four and earned their playmaker a third call-up to the Dream Team. Having played a part in 51% of his side’s goals when on the pitch this season, Sigurdsson is the most transferred-in midfielder ahead of Gameweek 24.

Georginio Wijnaldum (Liverpool) £7.5m
The Liverpool midfielder is awarded a Dream Team bow after grabbing the equaliser in a 1-1 home draw with league leaders Chelsea. Owned by 1.3%, Wijnaldum has registered two goals and an assist in five outings ahead of a Gameweek 24 trip to Hull City.

David Silva (Manchester City) £8.6m
Another debutant in the weekly elite, the playmaker netted for only the second time this term in a 4-0 win at West Ham United. Silva’s stock is diminished by the fact that City are currently without a fixture in Gameweek 26 and could also miss Gameweek 28, should they progress to the FA Cup quarter-finals.

Gabriel Jesus (Manchester City) £9.0m
The Brazilian collects a goal, assist and a first Dream Team call-up from his first Premier League start. Coupled with upcoming back-to-back encounters against Swansea City and AFC Bournemouth, Wednesday’s display has inspired more than 53,000 FPL managers to transfer him in – more than any other FPL asset.

Peter Crouch (Stoke City) £4.9m
The Potters striker maintained his fine recent form by netting the opener at home to Everton. Emerging as the go-to budget forward in recent weeks, Crouch has scored in four of the last five Gameweeks and offers value in our three-man frontlines.