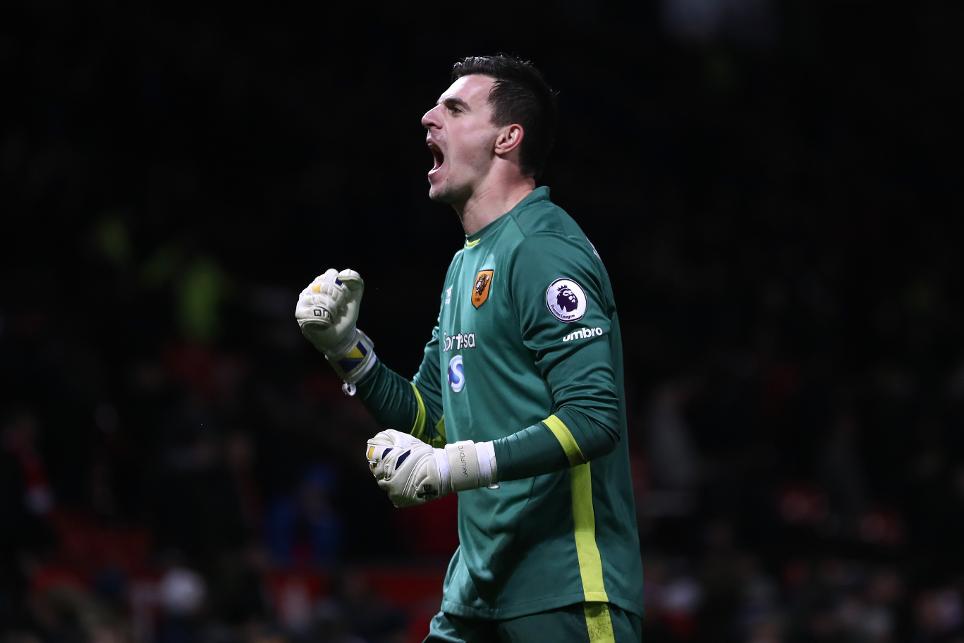 The most-benched FPL asset went head to head with the most-popular captaincy pick, with frustrating results for managers

The Tigers goalkeeper scored 34 in the Bonus Points System (BPS), having made six stops and 12 recoveries to collect his first bonus points of the campaign.

A pair of Manchester United defenders shared a tally of 29 in the BPS to claim two additional points apiece.

Blind has earned 12 bonus points this season, more than any other Manchester United defender.

Marcos Rojo (£5.2m) matched the Dutchman's BPS tally, registering seven CBI and the same number of recoveries, along with a successful tackle.

Backed by 23% of FPL managers with the captaincy, Zlatan Ibrahimovic (£11.7m) recorded a second successive blank, despite firing in four goal attempts in Wednesday's contest.

Found in 43.7% of squads, Ibrahimovic looks set to drop in ownership ahead of Gameweek 24, with more than 15,000 managers already making the decision to show him the exit. Elsewhere, manager Jose Mourinho has concerns over Phil Jones (£5.0m), who limped off early in the second period.

The centre-back has started 12 of the previous 13 Gameweeks , offering the cheapest route into the Red Devils’ backline, but his 4.2% ownership may now have to look for alternatives.

.@PhilJones4 provides an update on his fitness and reacts to tonight's draw with Hull: https://t.co/ujkvneiRrb pic.twitter.com/kuVy4eC7wC

For Hull City, the performance of Jakupovic underlines his current potential as a budget option in goal.

Restored as the Tigers' No 1 by head coach Marco Silva, Jakupovic is already found in 20.7% of squads.

However, he is currently largely seen as a back-up option, having been the most-benched FPL asset in the Gameweek - more than 833,000 managers leaving him in reserve.

Of note to FPL managers, Hull look to have improved their defensive resilience under Silva.

They have conceded on average 11 goal attempts per match in his three Gameweeks in charge, compared with 19 per match prior to his arrival.

Already knocked out of the FA Cup, Silva's side are one of six guaranteed a fixture in Gameweek 28.

While encounters with Liverpool (H) and Arsenal (A) appear daunting over the next two Gameweeks, the fixtures improve markedly from that point on.

KCOM Stadium meetings with Burnley, Swansea City and West Ham United from Gameweek 26 could promote FPL interest in Jakupovic and his team-mates.