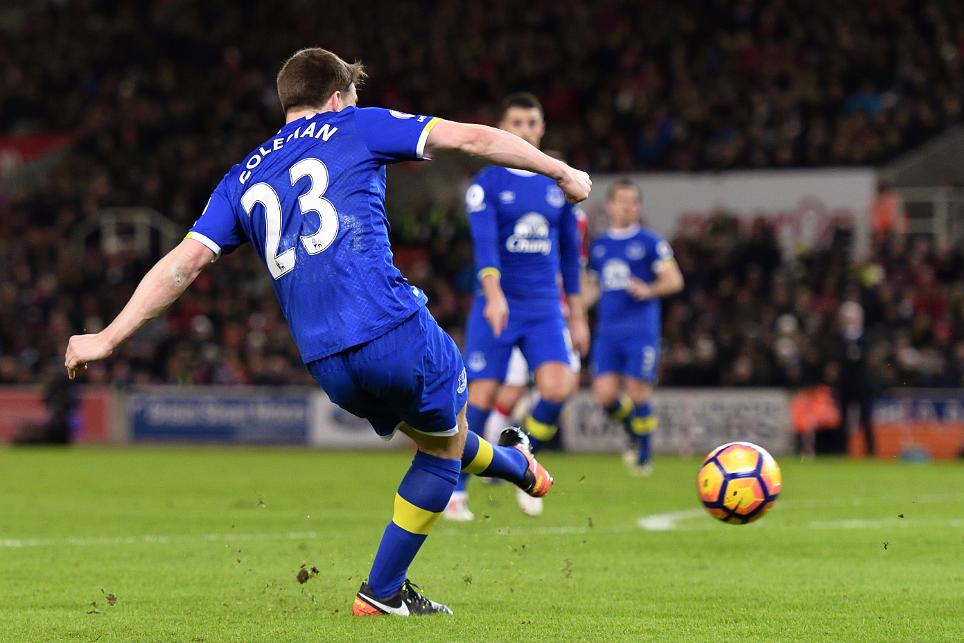 Peter Crouch's (£4.9m) 100th Premier League goal earned Stoke City a point against Everton, but it was the performance of Seamus Coleman (£5.7m) that most caught the eye of Fantasy Premier League managers.

Crouch scored 31 in the Bonus Points System (BPS) having completed 80% of his 36 passes, including a single chance created, to claim maximum bonus points.

Potters left-back Erik Pieters (£4.6m) was awarded two bonus points with a score of 22 in the BPS.

He completed 88% of 49 passes and won three tackles to fend off a host of players tied on 21 in the BPS.

Robles made five saves and nine recoveries for the visitors along with two clearances, blocks and interceptions (CBI), while his counterpart Grant matched that tally of saves and made 13 recoveries.

Grant has moved on to seven bonus points for the season, second only to Burnley's Tom Heaton (£5.0m and 18) among FPL goalkeepers

Crouch has now provided four goals over his last five Gameweeks, with two assists and six bonus points also collected during that spell.

Despite the arrival of Saido Berahino (£6.0m) from West Bromwich Albion, Crouch looks assured of a starting role while he maintains such form.

Found in a mere 4.9% of FPL squads, Crouch's ownership has nonetheless been on a steady rise, with moe than 14,000 managers already acquiring his services ahead of Gameweek 24.

For Everton, Coleman's assist, which led to a Ryan Shawcross (£4.9m) own goal, ensured the defender returned attacking points for the third successive Gameweek.

With four clean sheets in five appearances prior to Wednesday's contest, FPL managers have flocked to Coleman.

He has already claimed 32,000+ acquisitions ahead of Gameweek 24, second only to Manchester City's Gabriel Jesus (£9.0m) as a transfer target.

Coleman’s stock is boosted by the fact that Everton are one of only six Premier League sides currently assured of a fixture in Gameweek 28.

Their match with West Bromwich Albion is guaranteed over the same weekend of the the FA Cup quarter-finals, with both teams already knocked out of the competition.