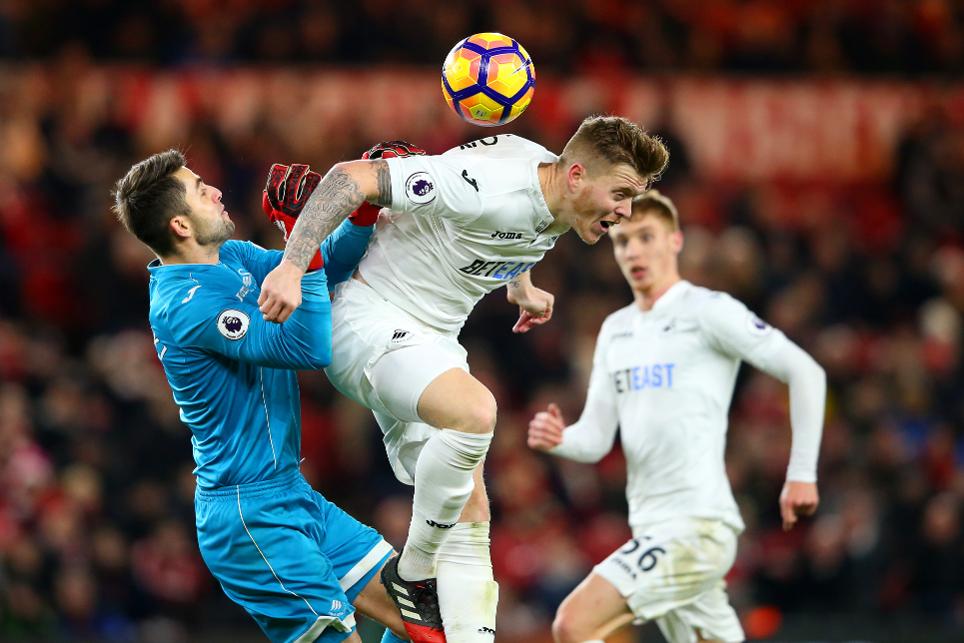 With the January transfer window open, Adrian Clarke analyses where some teams need to strengthen. In the fifth and final edition, he looks at Swansea City.

If they are to enjoy a seventh season in the Premier League there is serious work for Paul Clement and his players to get through.

There is room for improvement all over the pitch.

However, it would make sense for Clement to prioritize their most serious shortcoming first, their defending.

From back to front Swansea have not worked together well enough without the ball. Their closing down has been piecemeal, the covering has not been enough, and individuals have made decisions that have cost goals.

If that rate were to continue it would lead to relegation. Only Derby County, who went down in 2007/08, have a worse record over a season, letting in 89 goals at an average of 2.34 per match.

Clement could be on the look out for a new central defender.

It's not fair to pin the blame solely at their door, but Jordi Amat, Federico Fernandez, Alfie Mawson, and Mike van der Hoorn have struggled at times.

The PL team who have conceded the most goals from efforts inside the box, these defenders’ domain, are Swansea.

By failing to keep opponents at bay, Lukasz Fabianksi has been overworked in the Swansea goal, making 35 saves from within the penalty area. Only Tom Heaton (47) and Ben Foster (38) have had to save more from close range.

Stability has been an issue. Since Bob Bradley took charge of his first Premier League match on 15 October, Swansea have used five different centre-back pairings in 13 matches.

The Mawson-Amat and Mawson–Van der Hoorn pairings are the most frequently used in that period, but they have made only four starts together each.

To improve chemistry, Clement would be advised to settle on a pair sooner rather than later.

What type of defender would help them? Someone with pace, aggression, positional sense and leadership would be the core ingredients.

None of Swansea’s central defenders is super-quick.

Between them they win between 4.3-5.9 of 50-50 duels per match (which is low), and whenever crosses are fed into the box they look nervous.

Marking from crosses has been weak, with 10 goals conceded from wide deliveries, the fourth highest in the league.

Most crucially, ever since the departure of Ashley Williams last summer Swansea have lacked a strong character in the back four who is willing to dominate strikers and make decisive decisions at key junctures.

No one has stepped up in Williams’s absence to provide the qualities the former captain used to deliver consistently.

I have a hunch Clement will be eyeing the transfer market for someone who can take on Williams's mantle.