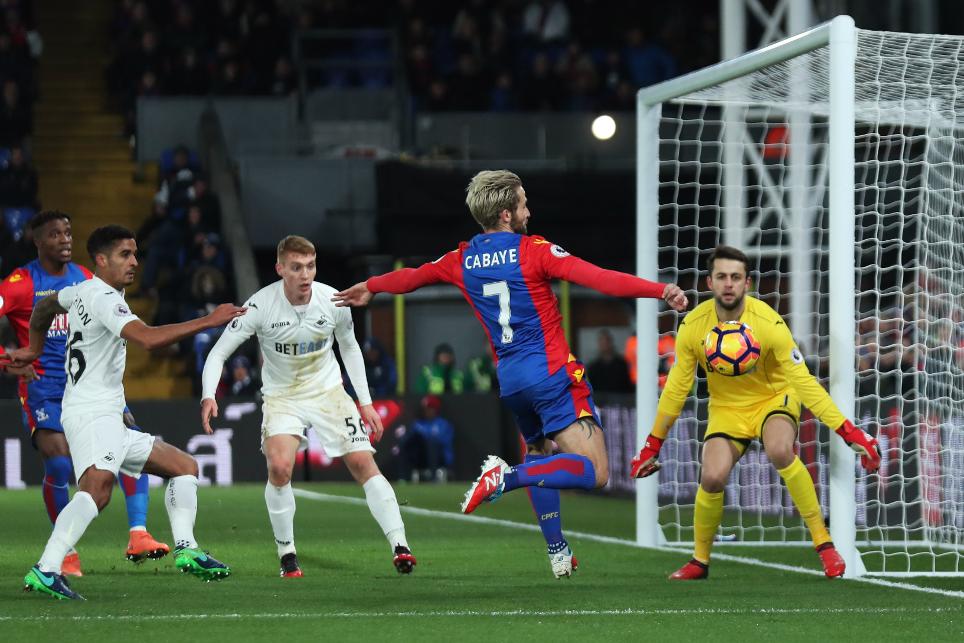 Speroni: It's An Honour For Me External Link

With the January transfer window open, Adrian Clarke analyses where some teams need to strengthen. In the fourth edition, he looks at Crystal Palace.

WDo not be surprised if Sam Allardyce bolsters his central midfield during the winter window.

Remarkably, of those players, only McArthur (two) and Lee (one) have assists from open play in 2016/17.

With an array of athletic and talented attackers In their squad, you might have expected Palace to be have attempted many through-balls for forwards but the opposite is true.

Struggling to pick the right passes when they are on, Palace are ranked 20th for through-balls in 2016/17, registering only seven.

Putting that into context, 13 Premier League players have each delivered more through-balls than Palace have as a team. Of those seven passes, only two – both by McArthur – were made by a central midfielder.

Allardyce will be seeking a lot more enterprise from this part of the field, with his midfielders not supplying enough ammunition for his forwards.

For Palace’s chief threats to fulfil their potential in the remaining 18 matches, it’s important the side enjoy more possession, and look after the ball with greater care.

Although they have combative players, Allardyce’s team do not win turnovers inside the middle third of the pitch as effectively as most of their rivals.

On average in 2016/17 the Eagles have regained possession in the central section 21.8 times a match, ranking them 16th.

On the flip side, they also lose the ball in midfield too regularly. They need to improve their composure and their decision-making must also sharpen up.

Most losses of possession

To climb the table, Palace must aim to improve their control in midfield. For this to happen I believe bringing in a top-class central midfielder is necessary.

Cabaye should have been the man to take on that mantle, but since joining the Frenchman has yet to live up to expectations.

Aside from McArthur, whose excellence is reflected by his five goals, no other Eagles midfielder has shone this term.

It is a department that needs upgrading.