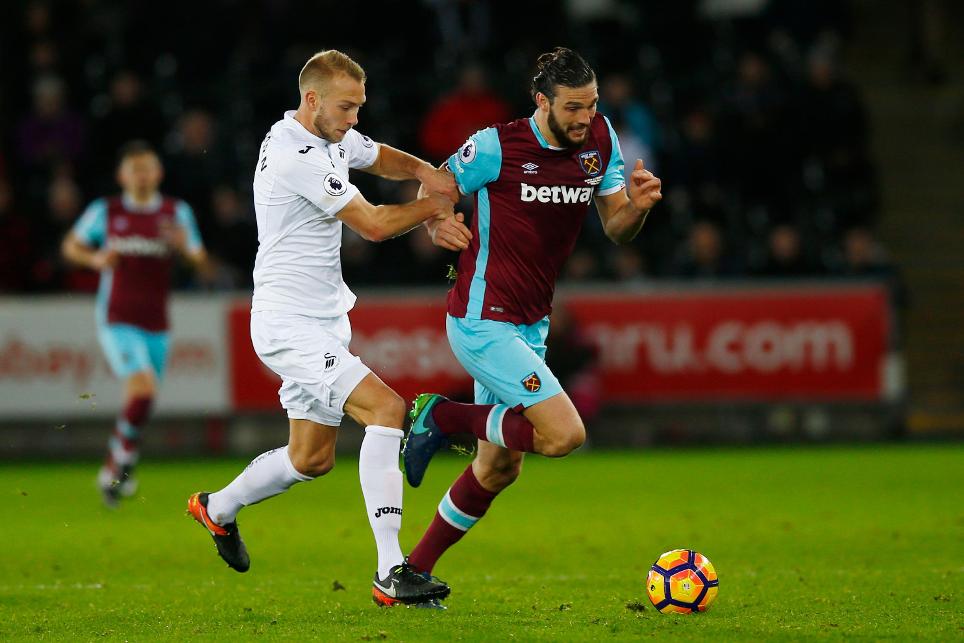 With the January transfer window open, Adrian Clarke analyses where some teams need to strengthen. In the third edition, he looks at West Ham United.

Slaven Bilic has made no secret of his desire to strengthen his forward line this month, and it is easy to see why he is so determined to.

West Ham's finishing has been below par this season. Excluding blocked shots, West Ham have hit the target with only 35.4% of their shots on goal in 2016/17.

That is the poorest accuracy in the division, and a noticeable decline from the Hammers' 44.1% last term.

Their drop-off in chance conversion is even more alarming.

En route to seventh last season, West Ham were the third most lethal side in front of goal. This season, they are the third worst, and this profligacy has been at the heart of their struggles (see table below).

Aside from the powerful Antonio, and with Sakho making only two appearances, a lack of speed and sharpness inside the final third has also restricted them.

Relying on the aerial threats of Carroll and Antonio, West Ham do not create enough clear-cut chances on the floor, especially from close range.

Perhaps frustrated by a lack of movement in front of them, the West Ham midfielders are making too many long-range efforts.

This season almost half (45%) of the team's shots have come from outside the area, the second-highest percentage of the 20 teams.

This in part explains their wastefulness.

Most shots off target from outside box

The introduction of a livewire striker, or forward who can function anywhere across a front three, would be a welcome fillip.

This would explain the unsuccessful bid to buy Sunderland's Jermain Defoe. But Bilic may consider signing a left-footed striker.

West Ham have tested goalkeepers with only nine left-footed shots all season, the joint lowest with Sunderland.

Aaron Cresswell provides good balance down the left, but in advanced areas most shots and crosses are struck with the right, making them more predictable for opponents.

Carroll and Antonio will score goals, often with their heads, but West Ham need a natural finisher who is sharp and can create chances for others, or snatch opportunities laid on inside the box.

If they find one, far fewer hopeful efforts from distance will be attempted.