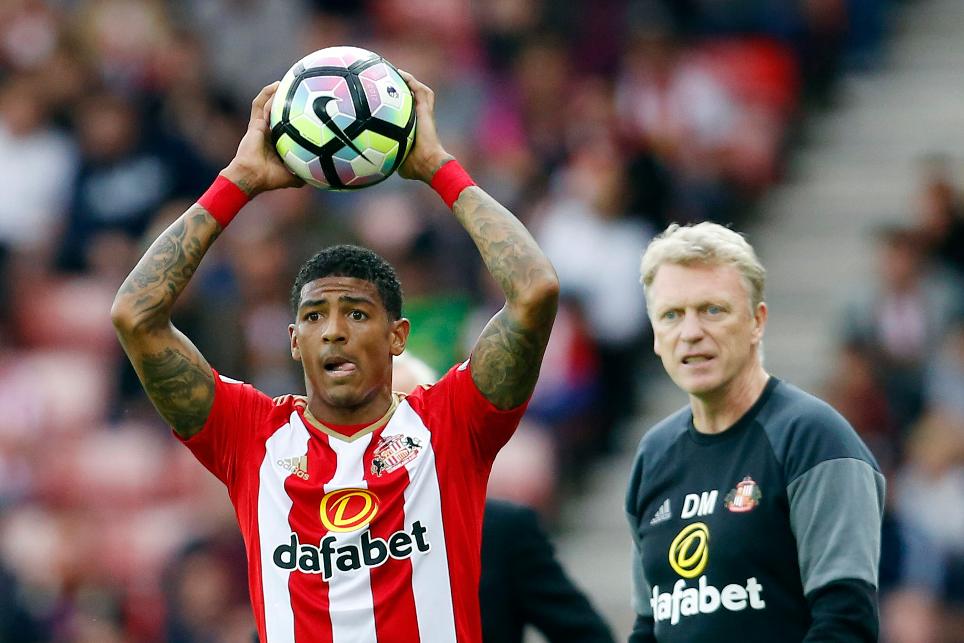 With the January transfer window open, Adrian Clarke discusses where certain teams need to strengthen. After Middlesbrough, Clarke assesses what David Moyes could do at Sunderland.

With funds to invest, David Moyes would probably like to improve several areas of his Sunderland side but the department I feel most needs addressing is the full-back/wing-back position.

With and without the ball there is room for improvement on Sunderland's flanks.

While Patrick van Aanholt has caught the eye with three goals, the Dutchman has delivered only 10 successful crosses in 19 Premier League appearances this term.

The right, where several players have been used, has been similarly unproductive.

Having attacking midfielders who mainly want to drive infield, there is an onus on the full-backs to provide width.

Across Sunderland's last five Premier League matches, only Van Aanholt (two) and Donald Love (three) have made more than one successful cross in total from open play. That’s not enough.

There is an argument Jermain Defoe is not the type of striker who demands crosses. Aerially that is true, but it should still be a concern that Sunderland have produced the fewest deliveries of all 20 teams in 2016/17.

Moyes’ men have mustered just 17 headed efforts on goal, the lowest in the division by eight. To put that dearth into context, Swansea City lead the way with 56.

By crossing so little, Sunderland are narrowing the variety of goals they can score.

At the other end of the pitch, the full-backs have not fared much better.

Opponents have sometimes targeted Van Aanholt’s positional sense, while enjoying success down Sunderland’s right on occasions, too. Billy Jones, Jason Denayer, Love and Javier Manquillo have all been tried, but none have been able to claim the berth for themselves.

Sunderland must work harder to stop crosses going into their box. Burnley are the only Premier League side to have allowed more.

If the full-backs are asked to defend narrowly it is not always their responsibility to block crosses, but in general rule Sunderland have allowed too many crosses and it has cost them goals.

If Moyes is able to bring in natural full-backs with top-flight experience who have an appetite for both defending and contributing quality deliveries in the attacking third, they would almost certainly help Sunderland's battle against relegation .