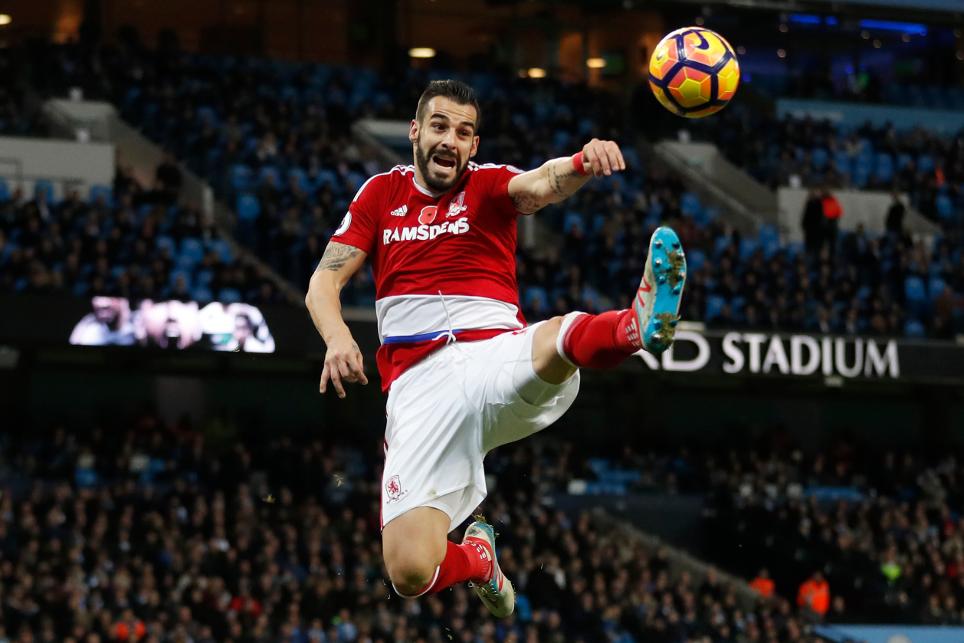 With the January transfer window open, Adrian Clarke discusses where teams might need to strengthen, starting with Middlesbrough.

As the joint-lowest goalscorers in the Premier League this season Middlesbrough could benefit from attacking reinforcements.

Aitor Karanka has gone into the transfer market to land Rudy Gestede from Aston Villa but I still fear he needs more tactical options up front.

In terms of style, his latest purchase is a natural fit to compete with Alvaro Negredo in the "target man" role, along with Jordan Rhodes, but the squad is light on alternatives.

Bringing in a player with more explosive pace would, for example, give Karanka greater freedom to tweak his approach when necessary.

Negredo has impressed in spells but his movement has not been consistently sharp enough.

The 31-year-old's top recorded speed of 34.24km/h is highly respectable, but he does not always sprint with that level of intensity.

Across his last five PL matches Negredo has averaged top speeds of 29.97km/h.

The Spaniard spun his marker brilliantly to run in behind and score at Leicester City in November, but week in, week out, Middlesbrough struggle to stretch opponents in that manner.

This is why I believe a quicker striker could boost them in the months ahead.

Karanka does have genuine pace on the wing, where Adama Traore is blessed with incredible pace.

To date the 20-year-old has been exclusively used out wide, but there may come a time when the Middlesbrough manager is tempted to try him down the middle.

If he is able to adapt to the role, his speed in a centre-forward’s role could shake things up.

In the meantime Middlesbrough are missing a quick front man who can stretch the opposition on a regular basis.

This means they find it hard to get into the final third, and consequently too many of their efforts are from long range and speculative.

Negredo is not a natural presser of the ball either. As the focal point, he tends not to close down from the front in the same way that many other Premier League strikers do and so Boro struggle to create turnovers high upfield.

Scoring first has become overly important to Middlesbrough. They conceded the opening goal on eight occasions this term, claiming just one point from those contests.

For them to buck that trend in the second half of the season they could do with a striker who offers something different, either from the start or the bench.

Without a front man with the ability to help Middlesbrough change gear or style, they may continue to labour in front of goal.